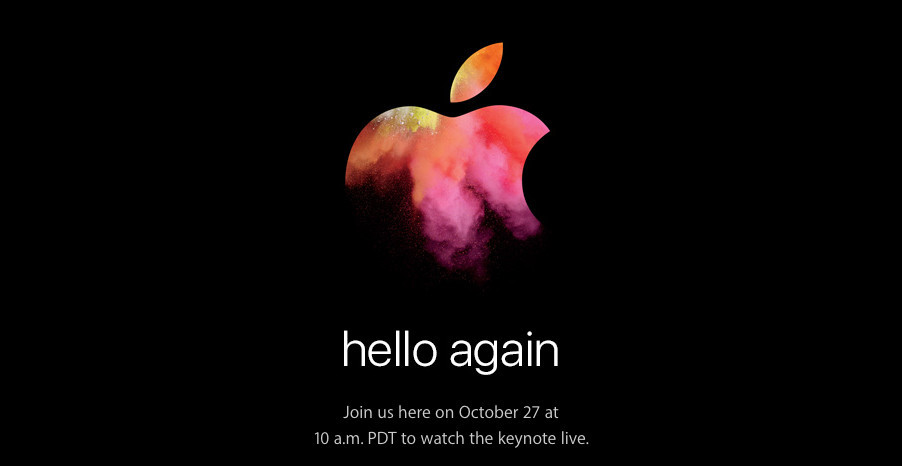 After a huge day for Microsoft, the time has finally arrived for Apple to unveil its latest offerings. The company sent out invitations for its event last week with the tagline, "hello again".

Naturally, Apple has not offered much in terms of what might be revealed, but the rumors have been rampant for the past several months that strongly indicate that the company will reveal a new MacBook Pro. In fact, Apple had a bit of an easter egg embedded in its latest macOS update, that offered the world its first glimpse of the OLED touch bar display and Touch ID sensor. The images also revealed that the keys of the new MacBook Pro could follow in the footsteps of the MacBook, offering the shallower 'butterfly mechanism'.

While the page currently displays a static image of the event logo, it will no doubt be updated to a livestream when it gets closer to 10AM PDT. Since the stream uses Apple’s HTTP Live Streaming (HLS) technology, you'll need to watch from a supported Apple product (iPhone, iPad, etc) or watch it using Safari or Microsoft's Edge browser.

Update: Apple has updated their page to include the livestream, if you are using a compatible browser you can now head to the link or watch the stream in this post.