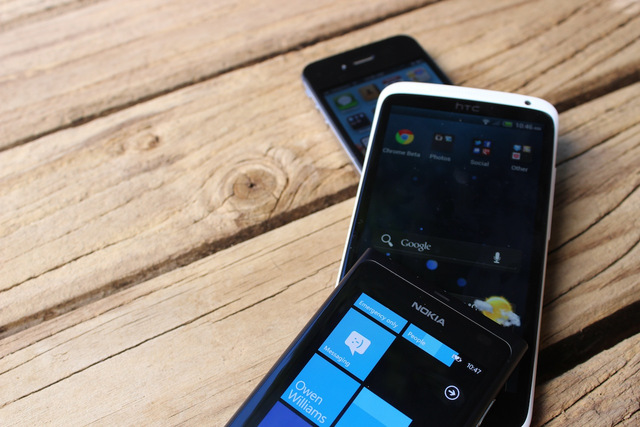 For me, at least, the camera is one of the most important features on a phone. I'm a photographer, but I know it's not practical to carry around a DSLR on my person all the time. For this reason, my phone better have a good camera.

I used each phone for a few weeks and tested the cameras over that time, just using the built in application to see what I could do.

This is the second in a four part series that takes a deep look at the three devices:

First off, let's talk specifications. After a certain point, megapixels really don't matter, but with the series of devices in this shootout, we've got an interesting similarity. They are all 8-megapixel shooters.

Highlights from each device are slightly different, the Lumia 800 brags a Carl Zeiss lens, the iPhone is a specially designed Apple-built camera and the HTC One X actually has a dedicated image processing chip. You can talk all day about how great the camera is on paper, but it's when you get it into your pocket and start using it in real life that it truly can fall down. 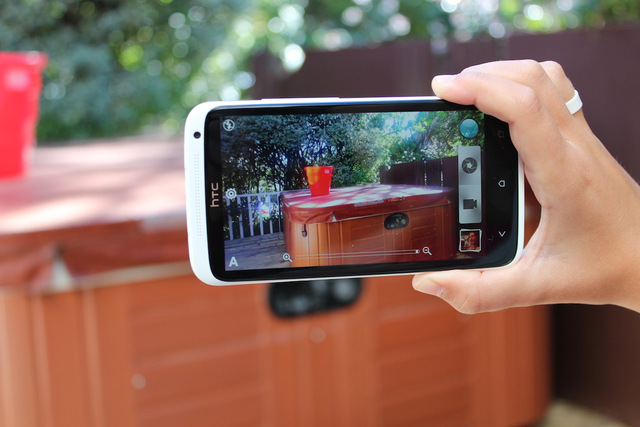 The software that comes with a phone can be the make or break of the device, no matter how great the camera is. The camera included in iOS and the one in Windows Phone are very similar, with very basic functionality, whereas the camera included with Android 4.0 includes a ton of functionality. Despite the similarities in how simple the iOS and WP7 camera applications are, they perform very differently.

As mentioned previously, a camera can look great on paper and then not actually deliver on that promise, and I found that to be very true of the Lumia 800. Whilst the device is great in principle, the camera is not great in practice by any measure.

These days on smartphones, it's generally expected that the camera will include tap to focus -- which the Lumia has -- but it doesn't perform as it should in my opinion. On Android and iOS, you tap to focus the photo on the element you want in focus, then you take the photo yourself. On Windows Phone, you tap the screen to focus and it just snaps the picture after quickly focusing. This means it's essentially useless for macro photography, and I wasn't able to get the device to focus on the small details.

The Lumia camera couldn't figure out the best white balance settings and didn't reproduce colors like I'd expect in some situations. This is very apparent in the sample photos I've included at the end of this article. It's a very good camera, and the application is up to the task, but I think that it could improve with some work on the white balance sensing.  The software does have some handy functionality, too; it's blazing fast, allows you to review photos by just swiping from camera view and offers automatic upload to Skydrive.

The Lumia 800 camera isn't bad. It's just not great. It's almost what you'd expect out of a phone camera at the start of last year.

Additionally, there seemed to be a lack of camera extension applications. On iOS and Android, there are an abundance of camera replacement apps -- Camera+ for example -- which many users use to replace the default one. However, on Windows Phone it seems that this has not become a trend, and that editing photos should take place outside of that context and after they are taken. I couldn't find a huge amount of apps that even did this well, except one created by Nokia called "Creative Studio." On Windows Phone it seems to me that it's more about snapping that photo now and dealing with it later, which is fine for many users who probably don't want to edit their photos anyway. 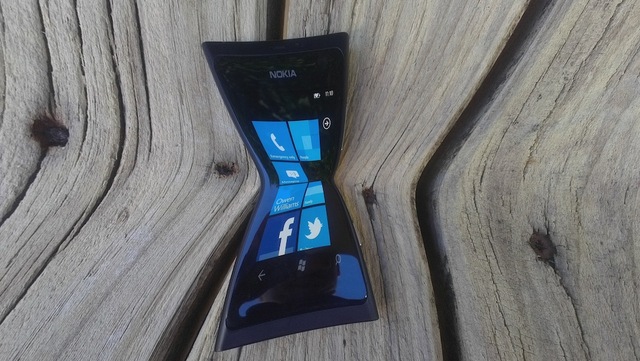 On the HTC One X side of the fence, the built in camera -- ImageSense -- is rich in features, and offers a ton of functionality from the get go. You can add filters on the fly from inside the stock camera app while taking the photo, and after the fact. HTC (and the quad-core in the One X) seems to have abolished the camera lag I was expecting to see from my many experiences with other Android devices. It's fast, simple to use and even offers on the fly switching to video recording without opening another view or even having to load, which is something I've yearned for.

The iPhone 4S is the gold standard, as far as mobile cameras are concerned in my opinion, and evidence from flickr's statistics backs that up in terms of the amount of users uploading photos from that device. What's impressive, is that the HTC One X camera feels almost as good as the 4S camera is. HTC's spent a good amount of time on getting this camera right, but haven't quite nailed it. Colors are often washed out, or don't reproduce quite like the iPhone 4S does, as you'll see in the below comparisons. Additionally, the camera doesn't seem to pick up as much detail as the iPhone 4S' does, although your mileage may vary. The One X is very good at everything else, though. Macro photography works a charm, landscape and portrait photography are beautiful too.

The iPhone 4S and the HTC One X are close to being as good as a point and shoot camera, so maybe it's time to stop carrying around two devices and give the phone camera a shot again. 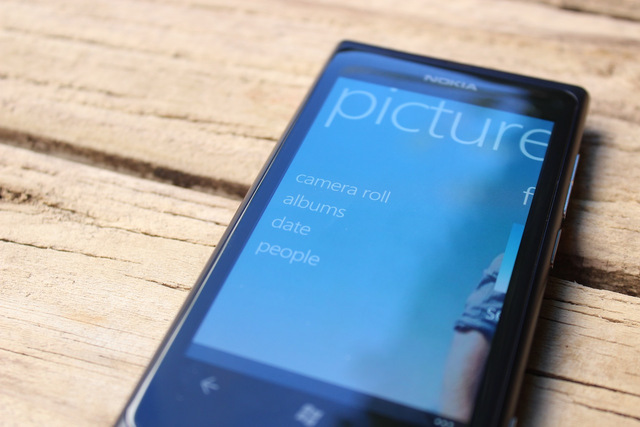 I took a series of photos on all three devices (and probably looked ridiculous doing it) in various situations you might expect to use them in. Whilst this isn't an extensive set of photos, it gives a good idea of how each camera performs in a variety of situations.

What I didn't realize until writing this review is that the HTC One X shoots in a slightly different manner, the lens has a wider viewing angle, which ends up making the pictures wider and sacrifices some vertical pixels. To give an example, the HTC One X saves pictures at 3264 x 1840, while the iPhone 4S saves them at 3264 x 2448. It's not a huge difference, but it's enough to notice.

The photos for the comparison section are at the end of this article.

The HTC One X camera is not quite as good as the iPhone 4S. The 4S camera still remains the gold standard in phone photography (a quick look at Flickr's data below supports this), but the One X is so close that many may not care about the small issues. 4S photos aren't DSLR quality, sure, but the device fits in your pocket and you're able to snap life as it happens. This makes it almost perfect for replacing your point and shoot, you don't need to carry a second device anymore. This is true for me, I barely use my DSLR anymore and the majority of my photos are taken on the 4S because they're good enough.

The data on Flickr stands up for this; the original iPhone 4 was more popular than the Canon 5D Mark II for a very long time, with the iPhone 4S about to pass it in popularity.

As for the Lumia 800, whilst it's great in theory it really under-performs in some situations and doesn't reproduce color quite as true as the One X or iPhone 4S, despite it having very similar hardware. It's not a bad camera by any measure, it just doesn't take great photos like I've come to expect on this years smartphone. It seems that the problem isn't with the hardware, it's to do with the software.

It's worth noting that if you really want to do macro photography on your phone, this may not be the device for you. I was endlessly frustrated when trying to take macro photos which are a breeze on other phones. Tapping to focus just takes the photo, and lightly pressing the camera button didn't focus either. That f/2.2 looks great in theory, but the phone software just can't handle it correctly yet. 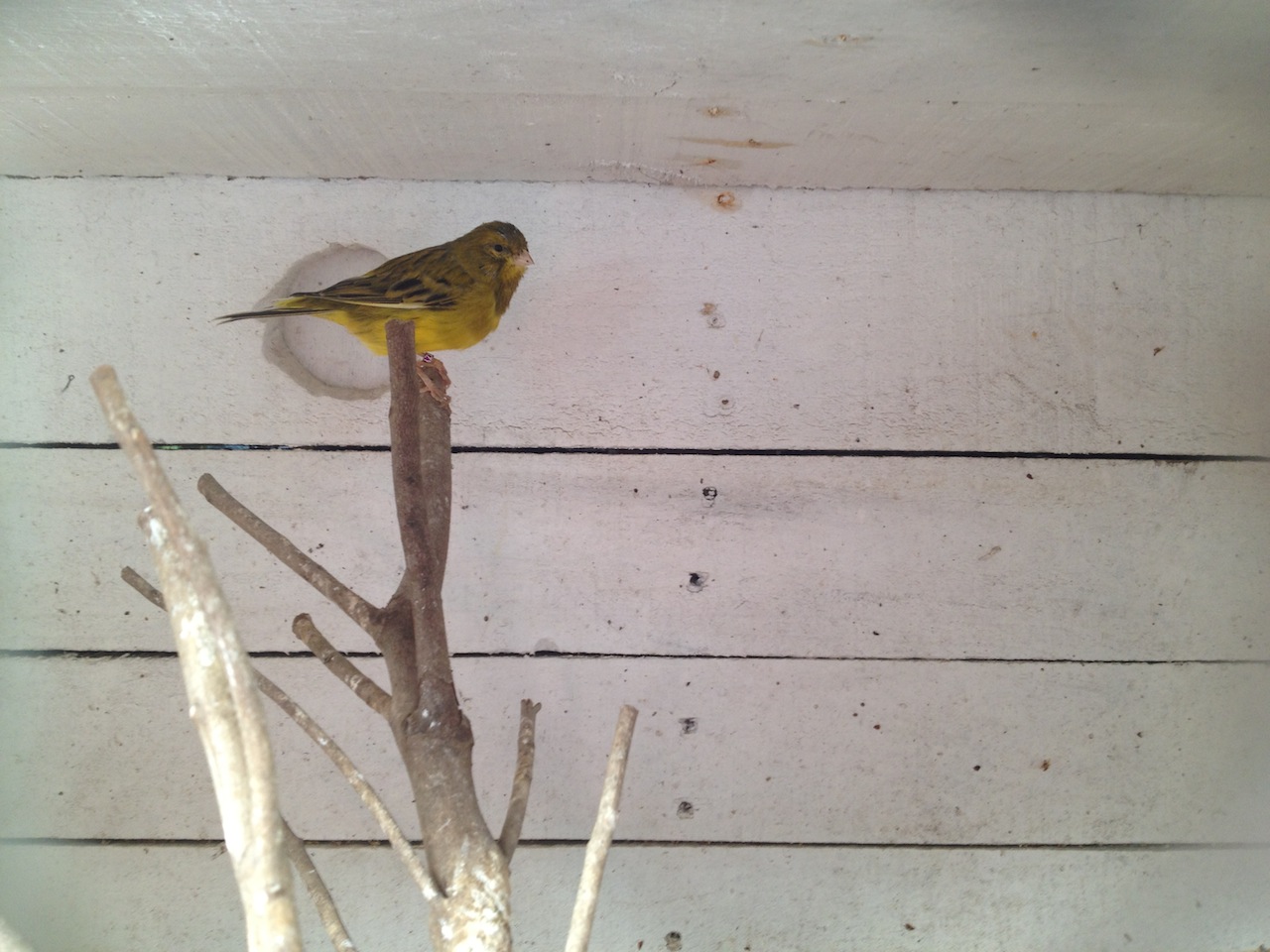 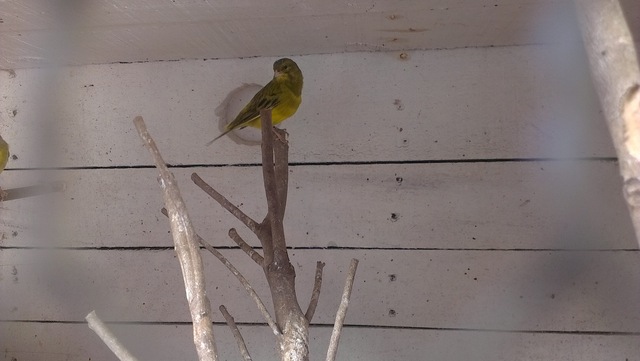 HTC One X (Blurs around edges are the cage, not the camera) 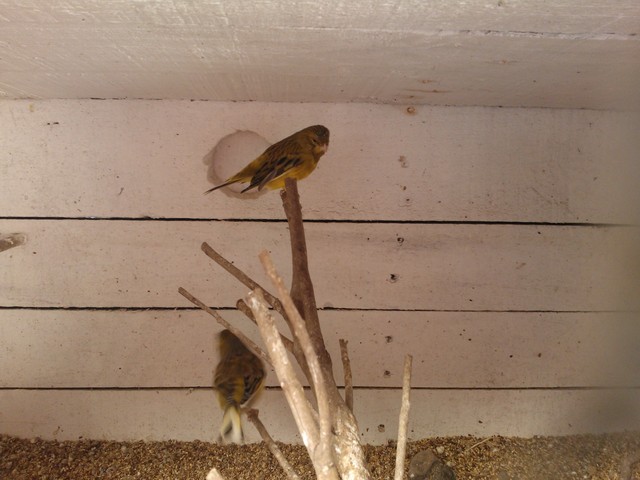 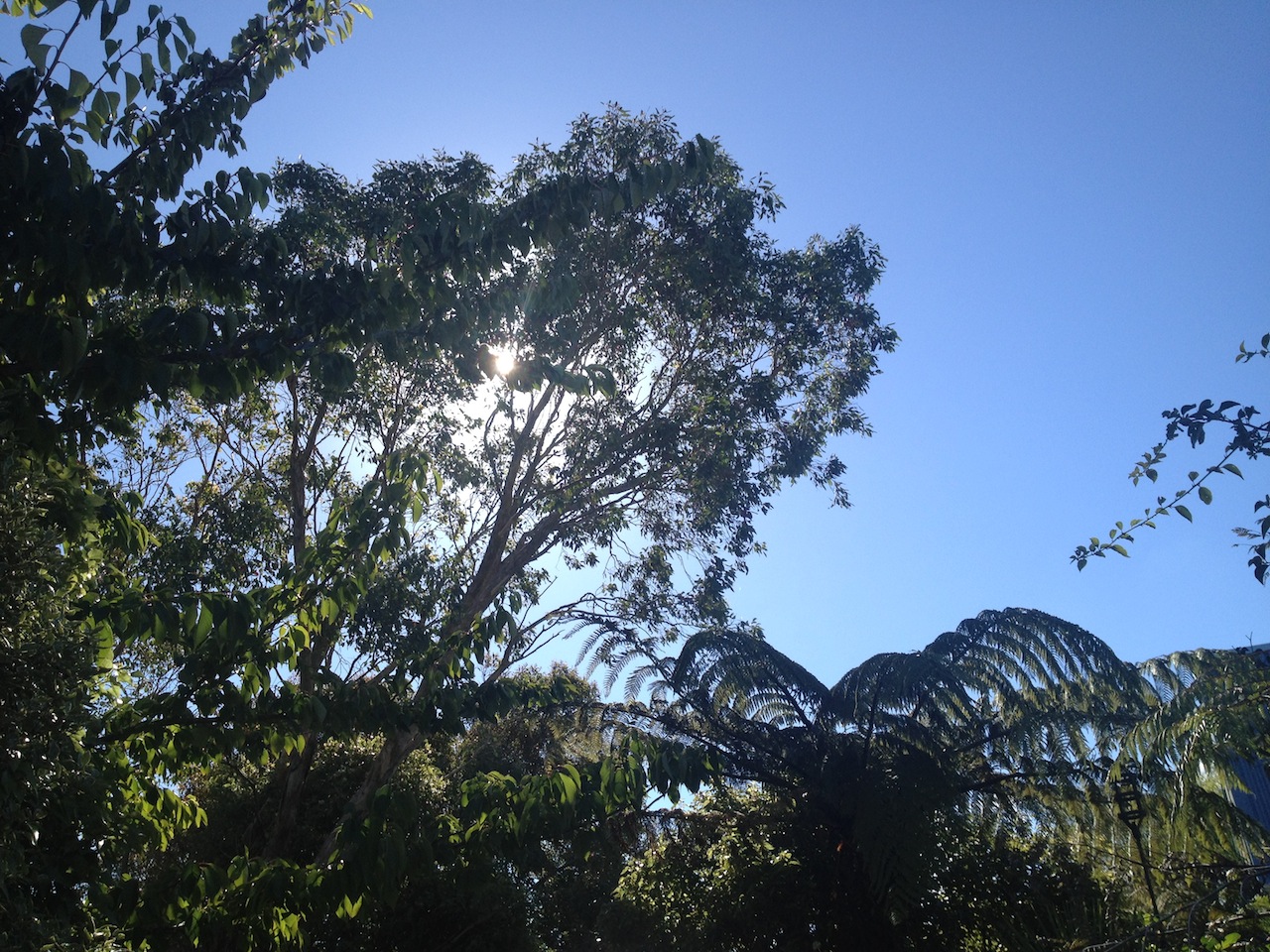 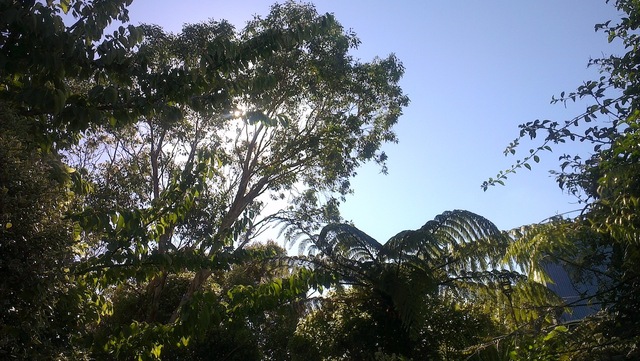 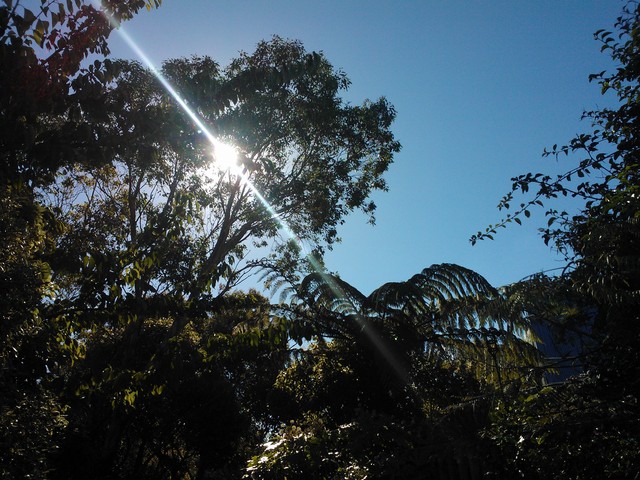 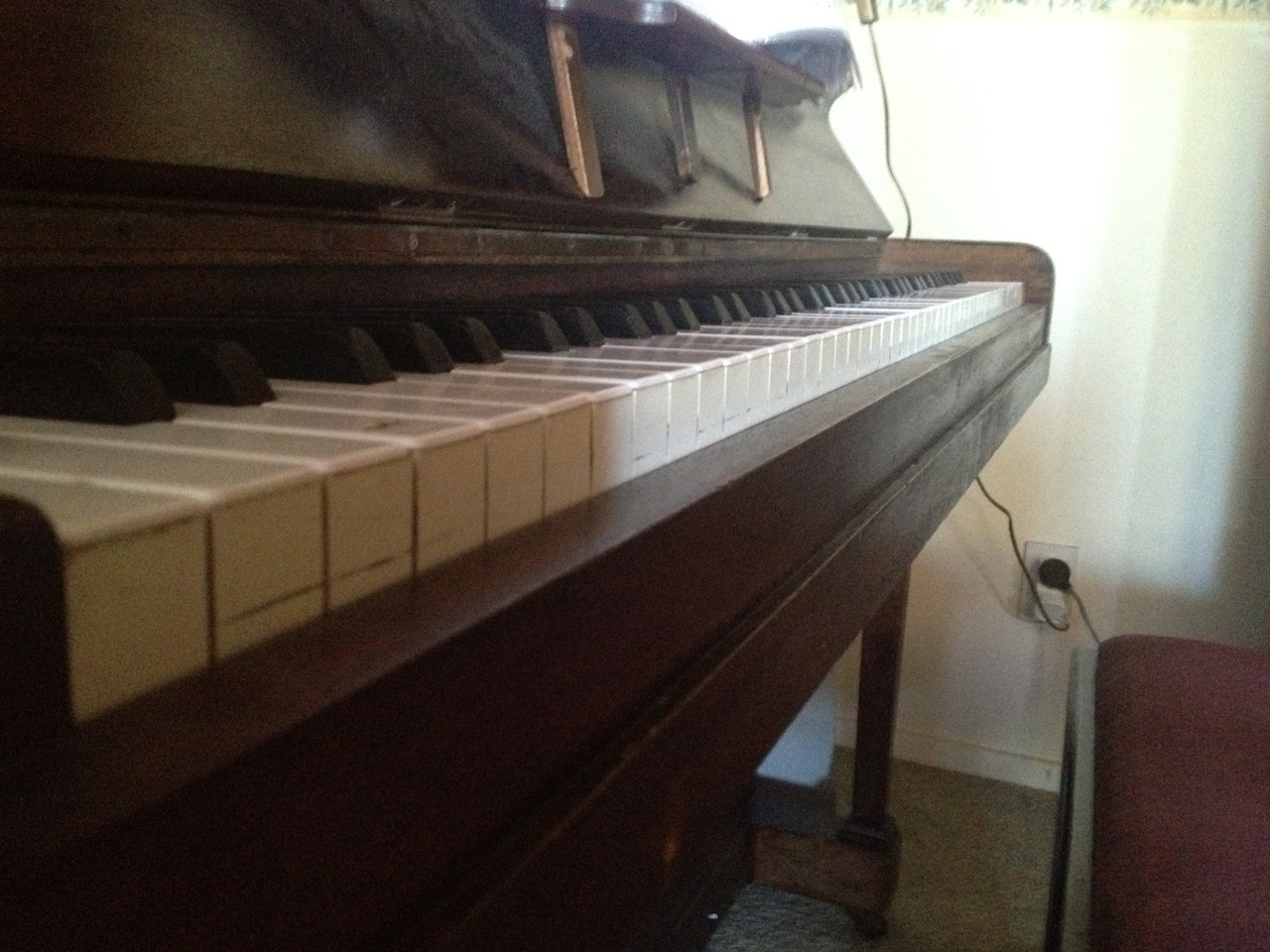 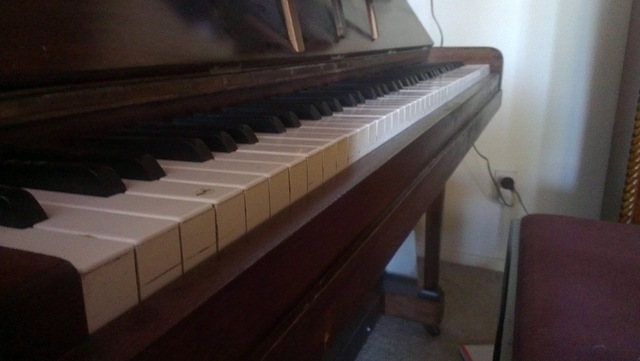 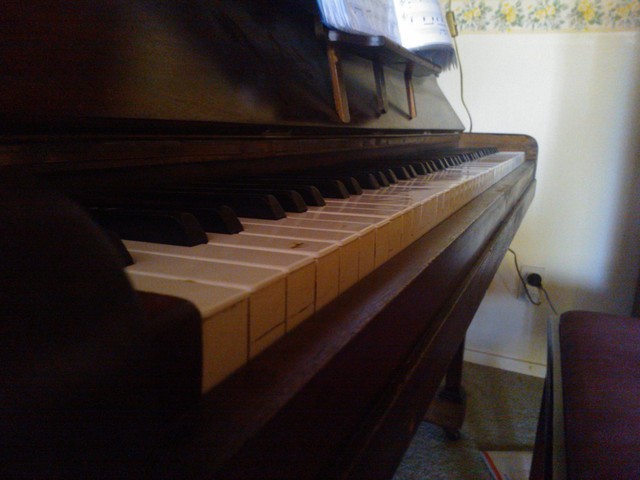 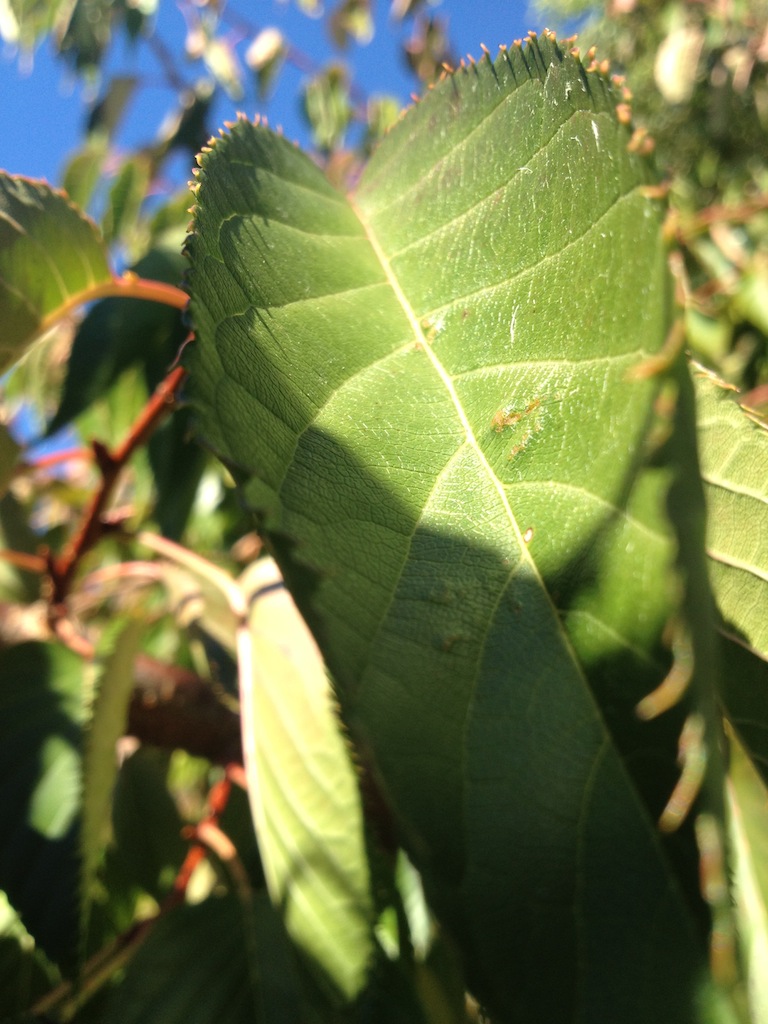 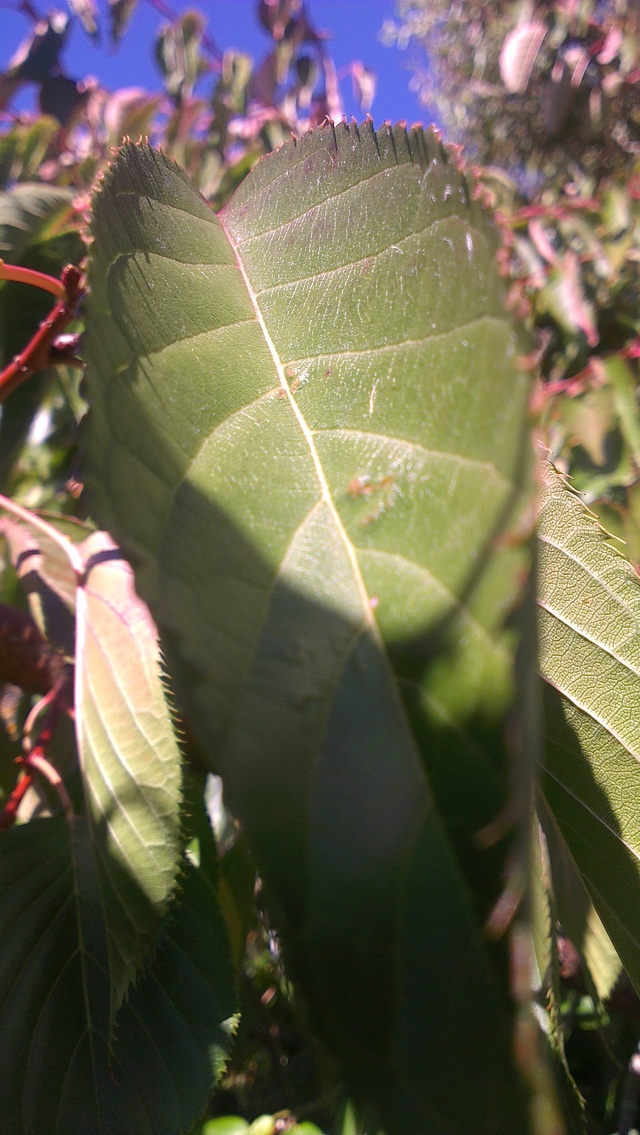 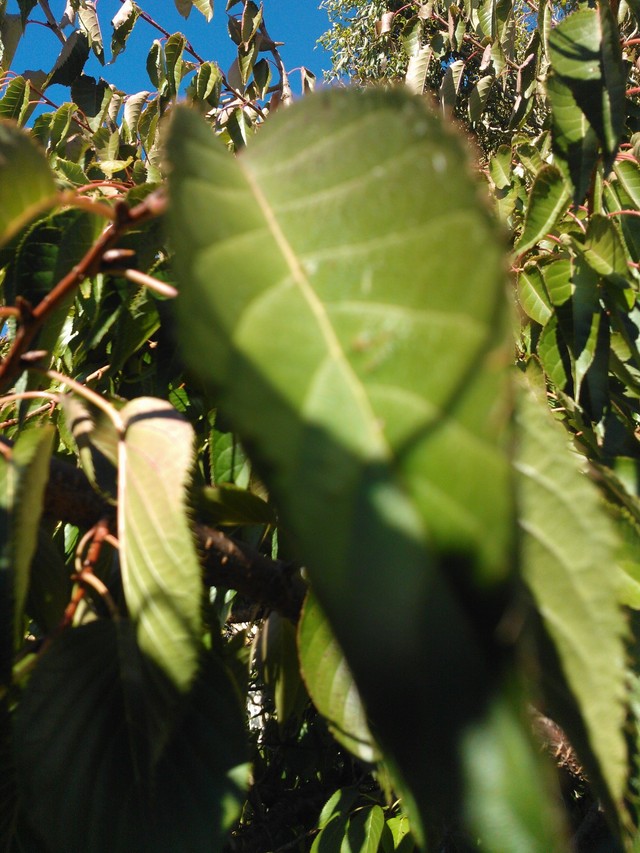 More detailed comparison shots for the HTC One X can be found here.