There’s no love lost between Samsung and Apple. While battles rage on between the two companies in courtrooms around the world – in the long, bitter war over patent disputes – Samsung is increasingly taking the fight directly to the customer.

Late last year, Samsung launched a campaign directed towards Apple’s cult of fanboyism and the devotees who show up automatically at its stores whenever Apple launches a new product. More recently, the company launched a teaser video that subtly mocked Apple’s customers, referring to those who don’t buy Samsung phones as “everyone else” and showing a flock of sheep: 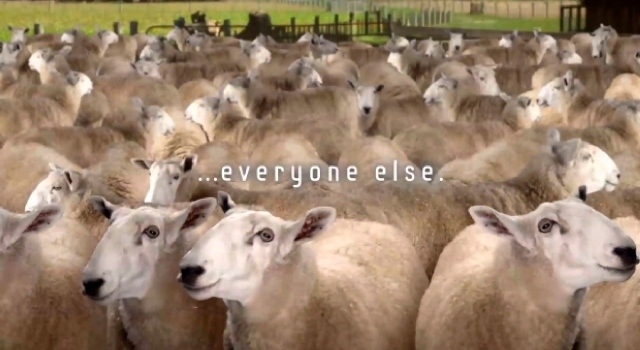 In the latest development, Samsung has taken the fight right to Apple’s doorstep. With the help of Australian marketing agency Tongue, the company staged a ‘protest’ outside the Apple Store on George Street in Sydney.

Android And Me also noted that a bus, emblazoned with nothing more than the words “WAKE UP” was parked outside the Store, while dozens of ‘protesters’ gathered in front of it, waving placards bearing the same message, and repeating the mantra “WAKE UP” over and over again. Video blogger Nate Burr recorded the commotion:

A website, called Wake Up Australia, has also launched, featuring a countdown to the launch of the ‘Next Galaxy’, widely tipped to be called the Galaxy S III. Samsung has confirmed that its new Exynos 4 Quad processor will feature in its latest – and perhaps greatest – Android handset.