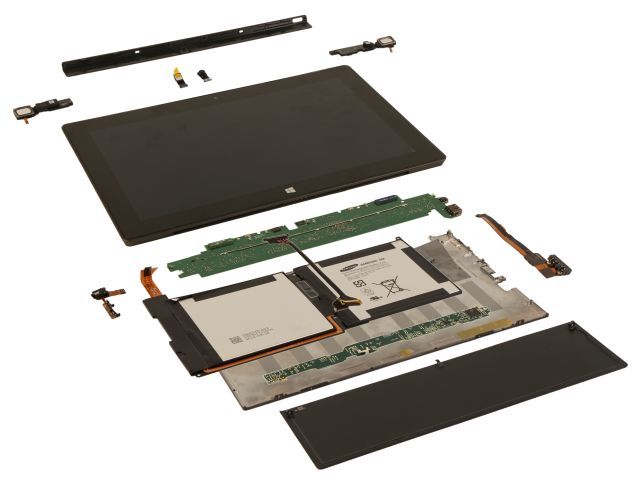 We have already seen a tear down of the new Surface tablet by Microsoft done by the folks at ifixit.com. However, that article was more about how hard or easy the Windows RT-tablet would be to repair. Now a new report has its own tear down of the Surface, and this one estimates how much it takes Microsoft to make one of these new tablets.

AllThingsD.com reports that, according to the research firm IHS, the Surface costs about $271 to make for the 32 GB version of the tablet, compared to its current selling price of $499. That includes the price of the NVIDIA Tegra 3 ARM-based processor. Samsung made quite a few parts inside the Surface, including the display, its memory and the tablet's battery. Samsung's parts alone cost about $137, or about half the entire cost of making the Surface itself.

The price does not include the Touch Cover, but IHS says that add-on costs just $16 to make, compared to buying it for $120 as a separate accessory. That makes the Touch Cover highly profitable for Microsoft. There's no word on how much it takes to make the Type Cover add-on.

The same article also has a tear down of the new Amazon Kindle Fire HD, which the company is selling for $199. IHS says their tear down indicates it costs $165, making it far less profitable to make that Microsoft's Surface.