Try to name all of the manufacturers of Windows Phone 8 handsets and the first name you're likely to mention is Nokia. There's a good chance that HTC will be the second on your list, or perhaps Samsung, but you'll be forgiven for forgetting about Huawei, which announced its first Windows Phone 8 handset back in January.

Huawei was actually one of the Windows Phone 8 launch manufacturers named by Microsoft at the announcement of its mobile OS all the way back in June 2012, but so far, the only WP8 handset offered by Huawei has been the Ascend W1, which we got some hands-on time with at Mobile World Congress in February. Microsoft and Huawei jointly announced the Windows Phone 4Afrika in February, but that was just a lightly reworked and localised version of the W1. 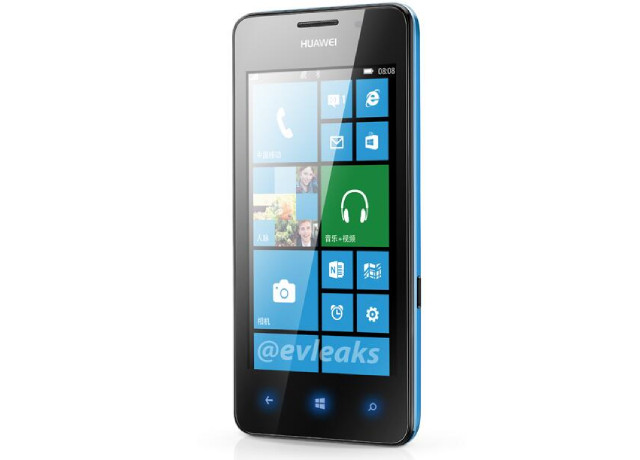 It looks like Huawei is finally preparing to launch a second Windows Phone 8 handset, with a leak via the usually reliable @evleaks on Twitter showing a new device which is expected to be called the Ascend W2.

The render doesn't reveal much about the handset, although it's interesting that the capacitive touch buttons below the display appear to have a blue glow. This could indicate that different coloured variants of the W2 may have matching lighting effects - or it could simply be that someone got a bit over-excited in Photoshop.

A Huawei executive told Neowin at Mobile World Congress that the company planned to introduce a "higher-end" Windows Phone this year, but whether the W2 is the handset he was referring to remains to be seen. In January, before MWC, another executive made comments that led to speculation of a 6-inch Windows Phone phablet, but no further details have yet emerged.