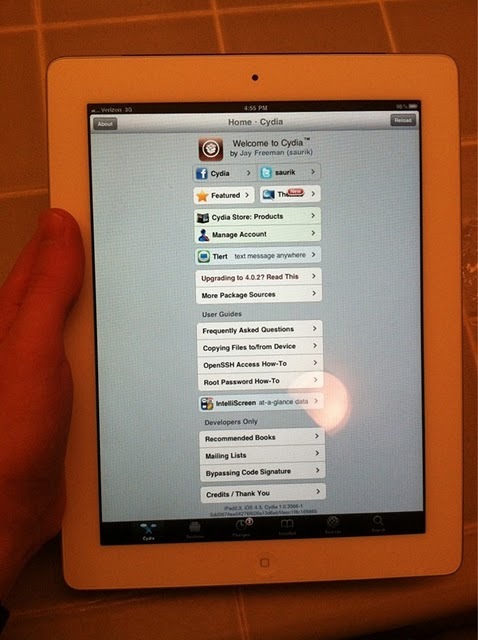 The Twitter account of the well know jailbreaking wizard Comex, who previously bought us the Spirit and JailbreakMe hacks, has news that he has successfully managed to hack the iPad 2 running iOS 4.3. His twitter post, states "would’ve had it yesterday if I didn’t have to spend 1.5 days looking for a replacement exploit (which came from a most unexpected place…)". This latest news will most likely drive user demand which will increase the waiting time, currently standing at three to four weeks.

The image above clearly shows the device running Cydia, the software package which "allows a user to find and download applications and software packages for a jailbroken iPhone, iPod touch or iPad, by browsing repositories that list these applications and packages, most of which are available at no cost." There is currently no word on an official release date but it will more than likely be this week. As usual, Neowin will keep you updated with news as soon as we get it.

The original Jailbreak application was released on June 27 2007 and allowed users to change the wallpaper and ringtones of their iPhones, since then there have been numerous releases of applications, games and other tools for iOS users.