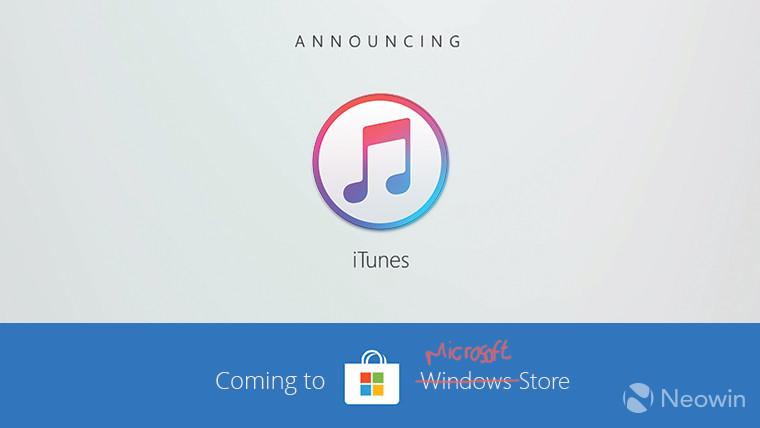 Microsoft announced at BUILD last year that it was working with Apple to bring iTunes to the Microsoft Store by the end of 2017. Unfortunately, that timeline didn’t go as planned, with Apple stating that it needed “a little more time to get it right” in December.

It seems that we are now getting closer to a release, however. As spotted by the folks at IT Home, the latest update to iTunes not only brings its version up to 12.7.3, but also introduces a new library named ‘iTunesUWP.dll’.

The 264kb file is likely to be the backbone for the software’s integration with UWP; it’s not clear how deeply Apple intends to integrate with the Microsoft ecosystem, but possibilities include subscription-based billing for Apple Music, among other things.

Once iTunes is on the Microsoft Store, Apple would also open itself up to users on Windows 10 S, which is a good thing, considering how many new devices are shipping with that version of the operating system; it’s even being touted for the enterprise.

Although the presence of this file hints that a release is close, there’s no official word on when we can expect it, so the wait could still be a long one.