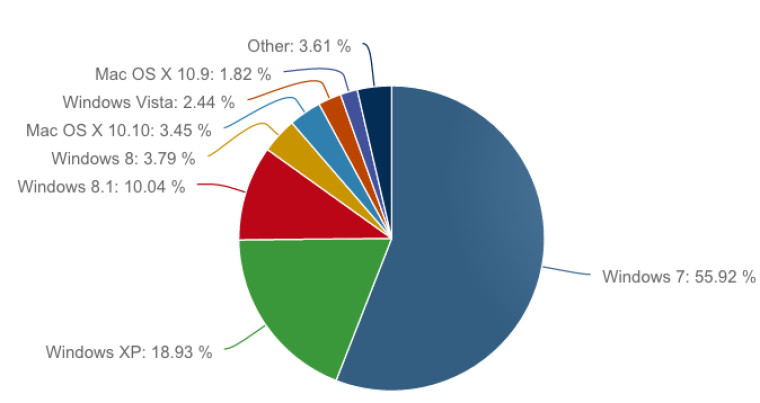 Every month, Net Applications releases statistics related to the usage-share of desktop operating systems and browsers. This data helps us spot trends in the overall market, but it's important to understand that this is a sampling of machines being used in the market, and they have to be connected to the Internet as well to be included in the sample.

Also notable is that Windows 10 is now showing up in the usage-share stats, but the data does not seem to correlate to what many would expect to happen for January. According to the data, Windows 10 usage-share went from .06% in December to .05% for January which goes against the other data we have seen where Microsoft added 500k new beta testers to for Windows 10 in a little over week.

When looking at this data, small fractions of a change in percentage is not significant because the data is sampled and should be used for general shifts in consumer changes and not as a definitive source of detailed usage-stats.