Multiple reports have already hinted at the possibility of Samsung announcing a successor to the Galaxy Buds introduced last year, which will reportedly be called the Galaxy Buds+. Now, the entire spec sheet for the upcoming earbuds have been leaked, courtesy of famed leakster Evan Blass. In a tweet, Blass shared what appears to be an official webpage from Samsung comparing the new model with the original

The image confirms a lot of what's previously been said about the Galaxy Buds+, but it backs that up with numbers. The buds themselves will have an 85mAh battery, a pretty big improvement over the 58mAh battery in the original Galaxy Buds, and the case is also slightly bigger at 270mAh, up from 252mAh. 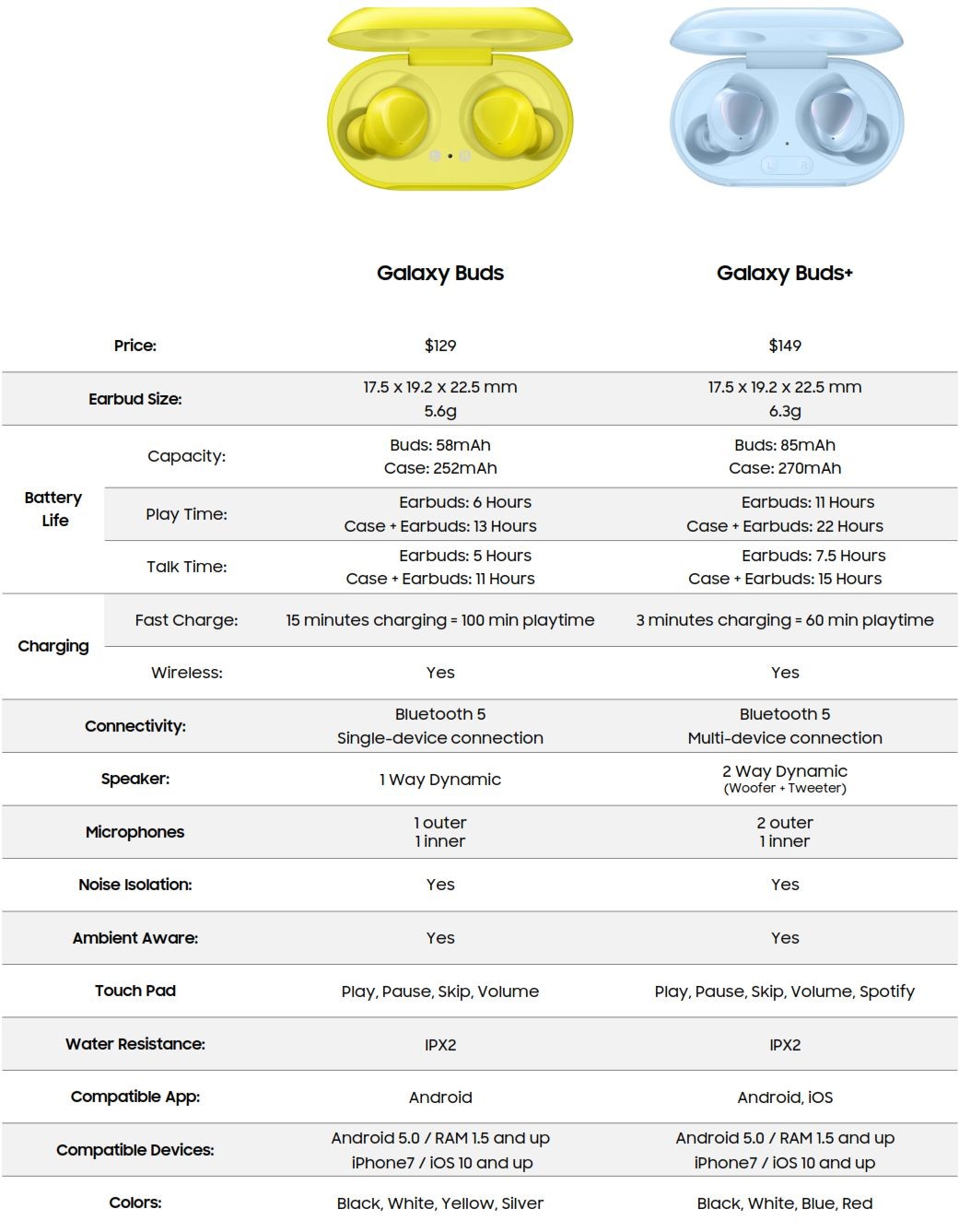 Additionally, sound quality should be better, both for input and output. The Galaxy Buds+ will have "two way dynamic" speakers, including a woofer and a tweeter, instead of a one-way speaker in the original. Likewise, there are two outer microphones on the buds instead of just one.

The Galaxy Buds+ will also expand on the feature set, with support for multi-device connection, as well as Spotify support for the tap gestures, though it's unclear what that implies. Perhaps most notably, the spec sheet indicates that the Galaxy Buds+ will support iOS in addition to Android. However, as previously rumored, there's no indication of active noise cancellation.

Finally, there's some information in price. The Galaxy Buds+ are listed for $149, which is $20 more than the original set. The Samsung Galaxy Buds+ are expected to be announced alongside the Galaxy S20 family of smartphones at the Unpacked event on February 11.