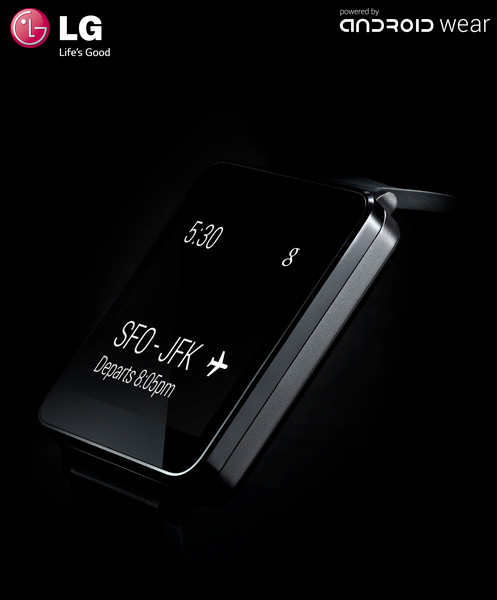 LG has been a close partner with Google on several previous projects like the Nexus 4, 5, and G Pad 8.3 Google Edition. Today, they plan to introduce a fourth collaboration that will be a little different than their past efforts. The LG G Watch is a new smart watch that is powered by the recently announced Android Wear OS. This OS is specifically made for wearables and other portable devices. Android Wear closely mimics the functionality and features of Android on mobile devices with the inclusion of Maps and Google Now services.

While this isn't LG's first foray into smart watches (LG GD 910) this will be its first attempt at making a modern smart watch in the popular emerging market. The LG G Watch is designed in a more traditional smart watch with a rectangular screen. While its unclear about specifications, LG will no doubt be releasing more details as it comes closer to release. The LG G Watch will face competition from Motorola's Moto 360, which was announced today and will also run on Android Wear.

The LG G Watch will be compatible with a wide range of Android handsets and will release in Q2 / 2014.