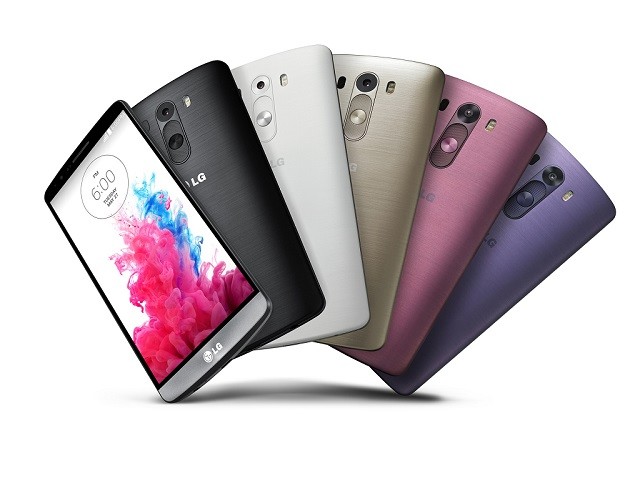 It’s fair to say that the LG G3 hasn’t exactly been a closely guarded secret. In addition to the seemingly endless leaks that steadily dripped forth information about the device, even LG got in the action, with its own official teasers.

All of that only served to fuel anticipation of the device though, and today, the wait for one of the most intriguing devices of the year finally came to an end, as LG officially unveiled the G3 at a launch event in London’s Battersea Park.

The G3 features a quad-core 2.5GHz Qualcomm Snapdragon 801 processor, matched with 2GB of RAM. 16GB of internal storage is available, along with a microSD slot that supports cards up to 128GB. Curiously, the spec sheet on the LG UK website (pdf) says "up to 128GB | 2TB capable", but an LG rep at the launch event told Neowin that 128GB was the limit.

A second version of the device, featuring 32GB of storage and 3GB of RAM will also be available, but only in certain markets. Despite our repeated questions, company representatives would not be drawn on which parts of the world will see either or both versions of the device, with LG's local and regional offices making their own announcements in due course.

But perhaps the most exciting feature of the G3 is its enormous 5.5-inch display, which squeezes in the kind of resolution that many users don’t even enjoy on their desktops and notebooks. The IPS LCD screen offers Quad HD resolution (2560x1440px), giving a pixel density of 538 ppi, making rival flagships with their 1080p displays suddenly appear just a little bit quaint.

The phone also features a 13.1-megapixel rear camera with OIS and dual-LED flash as well as a front-facing 2.1-megapixel camera which LG officially calls the "selfie camera". The rear camera also features laser autofocus, which the company claims will allow the cam to focus in under 300ms, quicker than the blink of an eye.

Despite the significant increase in display resolution, the company firmly insists that it will not cause faster or more severe battery drain, thanks to various optimizations, including some clever trickery that, for example, determines whether you're looking at a picture or a video and adjusts the display output accordingly to minimize power consumption.

On the software side, Android 4.4.2 KitKat runs the show, but LG is also rolling out a whole host of its own software enhancements, including a completely redesigned user interface, with a strong focus on flat design and what the company calls "mature feeling colours".

There's no exact date on the launch of the device but it looks like it will hit South Korean shelves first, starting as early as tomorrow with other countries to follow this summer. As for pricing, we're still waiting to hear on that but the companies says more details will be available as we draw nearer to each local launch.

Don't forget to check out our hands-on with the LG G3. (Spoiler: it made quite a good first impression!)