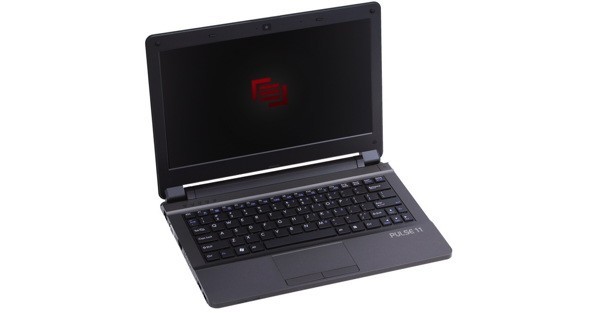 Earlier in April, Dell's Alienware division announced that it was going to discontinue production of its M11x laptop. The small but powerful 11-inch notebook generated a ton of hype when Dell first announced it back in 2010. However, the company has since had a change of heart and is now concentrating its efforts on notebooks that have full sized keyboards and optical drives, which the MX11 doesn't have.

However, the folks at Maingear are stepping in to fill the gap left open by the Alienware M11x. Engadget reports that Maingear will be launching its own small but powerful 11.6-inch notebook with the name Pulse.

The hardware specs for the Pulse are certainly respectable. The screen has a top resolution of 1366 x 768 with a NVIDIA GeForce GT650M inside with 2 GB RAM for gaming, and an Intel GMA HD GPU for more mundane tasks. It also has support for up to 16 GB of dual-channel DDR3 RAM along with USB 3.0 and HDMI 1.4 ports.

Maingear plans to start selling the Pulse on June 3rd. Pricing begins at $1,099 which gets you an Intel Ivy Bridge-based Core i5 processor, 8 GB of RAM and a 320 GB hard drive. There's no word yet on the weight of the notebook.