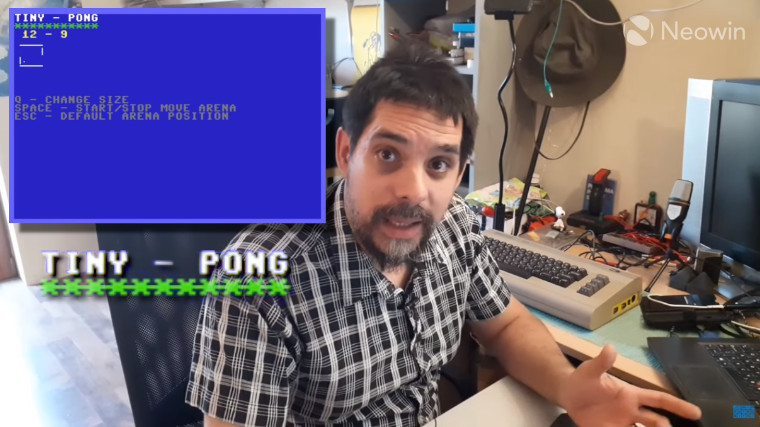 The Commodore 64 is an iconic machine. For many of us boomers, it was our introduction to programming. With BASIC, a beginner could write simple programs but once that person transitioned to an expert, they could write much more powerful applications in assembly. Assembly allows the programmer to write software tailored for the specific processor inside of a machine.

Josip Retro Bits is a YouTube channel that specializes in fun challenges on old hardware like the Commodore 64. In an older video, Josip creates a game of Pong using Basic. On the surface, this doesn’t sound very interesting, but it’s a real challenge because Basic is very limited when compared to writing machine code. Basically, the C64 is perfectly capable of a game like Pong, but not really in Basic. Spoiler alert: he does it. However, a commenter on that video had a novel idea. How about creating an entire game of Pong in a single spite? 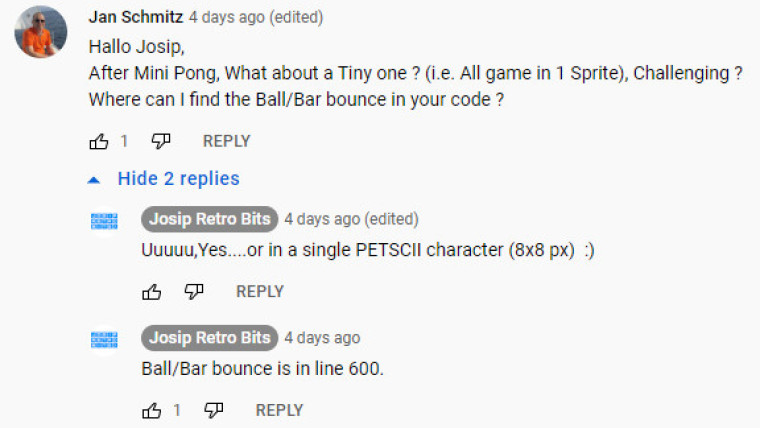 Challenged accepted. Of course, Basic was not up to the task for this one and Josip shows in detail how he managed writing Tiny Pong in C, which is a language that performs more closely to assembly. He then builds the project and executes it on a C64 and the results are super fun. Check below for the video demonstration.