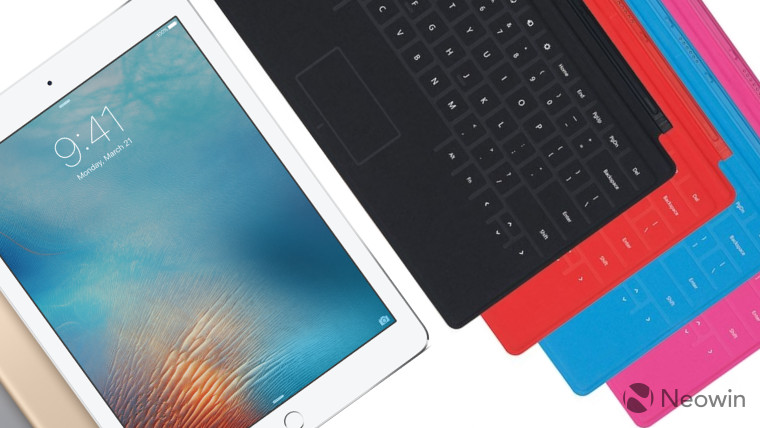 An official document on Microsoft's servers includes a reference to an "iPad Touch Cover", sparking speculation that it might be preparing a new accessory designed for Apple's tablet range.

The PDF document - which was first spotted by WinFuture, and can be found here - is a compliance form for the safe transportation of items containing lithium batteries. It states that the item being transported is an iPad Touch Cover, with Microsoft model number 1719. It also mentions that there is a "Lithium-Ion battery contained in equipment" with a power rating of 0.814Wh per cell, implying that the keyboard will have its own built-in battery.

Of course, Microsoft previously offered a Touch Cover for its early Surface tablets. The ultra-thin keyboard accessory was later discontinued in favor of newer versions of the Type Cover variant, which featured 'traditional' mechanical keys rather than touch-sensitive ones.

Microsoft has made no announcements regarding plans to launch a new keyboard for the iPad, and it's still unclear if the product will actually come to market. However, the company has previously offered accessories with its rivals' devices in mind. Microsoft's Universal Mobile Keyboard, which it launched in 2014, featured a hardware switch allowing users to easily connect the device to Windows, Android and iOS devices.