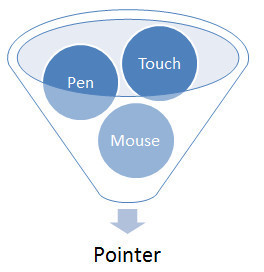 In September, Microsoft announced its proposal for a new website standard proposal called Pointer Events that will allow websites to accept inputs from a number of different sources, including touch, pen and the familiar mouse-keyboard input. Since then, Microsoft has releases prototype patches for its Pointer Events specifications that could be used in WebKit-based web browsers and in Google's Blink web browser engine for Chrome.

On Monday, in a new post on the Microsoft Open Technologies website, the company announced it has released a prototype patch that will allow the Pointer Events specifications to work on Mozilla's Firefox browser. Microsoft added, "This initial open source patch for Mozilla Firefox adds to the Web community convergence around the Pointer Events specification and we plan to continue our collaboration with the Blink, WebKit and Mozilla communities."

With the Pointer Events specification now available for developers to use as prototypes for Internet Explorer, WebKit, Blink and now Firefox, that means they now cover nearly all PC web browsers. The specification has already been published by the World Wide Web Consortium as a Candidate Recommendation and it seems likely that the W3C will approve Pointer Events as a true web standard at some point.