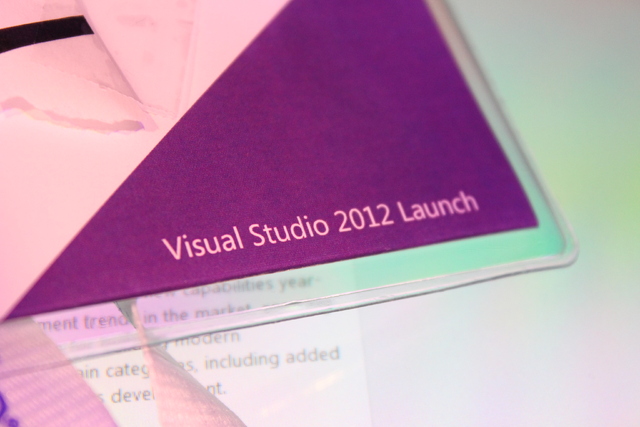 Microsoft has pulled back the covers on Visual Studio 2012 and is announcing a few new features today at their launch event. You can see the full list below and know that the updates for all of the features that are headed to the platform that were discussed today at Microsoft's Visual Studio Keynote.

This update will be made available later this month as a preview and later this year as a final release.

F# Tools for Visual Studio Express 2012 for Web provides developers with a free add-on with VS2012 that enables development of F# on ASP.NET, Azure, and Cloud.

TFS Power Tools provide development teams everything they need to get the most out of their Team Foundation Server 2012 installation, including advanced backup tools, extensions for Windows Explorer as well as PowerShell, and a process template editor.

The Productivity Power Tools will be available for download in October.

These improvements will be available with the next version of Windows Embedded Compact, which is scheduled for release in the first quarter of 2013.

Visual Studio 2012 is launching with 72 sim-ship partners delivering over 100 products at launch that demonstrate strong ecosystem support for Visual Studio and the developer community.

Make sure to check back later as Neowin will be talking with several Microsoft executives about the direction of Visual Studio, building apps, and much much more.