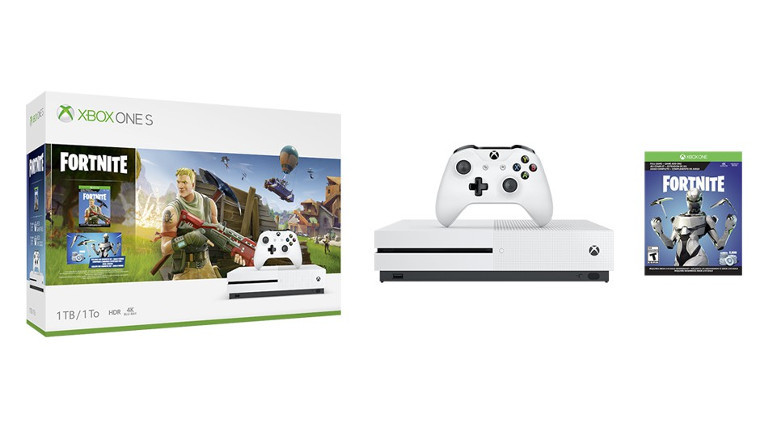 Microsoft has announced that it’s releasing the Fortnite console bundle which includes in-game exclusives. The bundle includes an Xbox One S with a one-terabyte hard drive, a wireless controller, and a full-game download of Fortnite Battle Royale.

“This Xbox One S Fortnite bundle comes packed with in-game content you can find first on Xbox One. Even more: enjoy a fun and inclusive experience by engaging in cross-network play with your friends on PC, Mac, Nintendo Switch, iOS, and Android – even save your progress across platforms!”

If you’re interested in buying the bundle, you’ll be able to buy it from retailers worldwide. In the U.S., those buying from Microsoft Store or Best Buy can purchase the bundle for $299.99, meanwhile in the U.K. and Ireland it’ll be available in early October priced at £249.99.