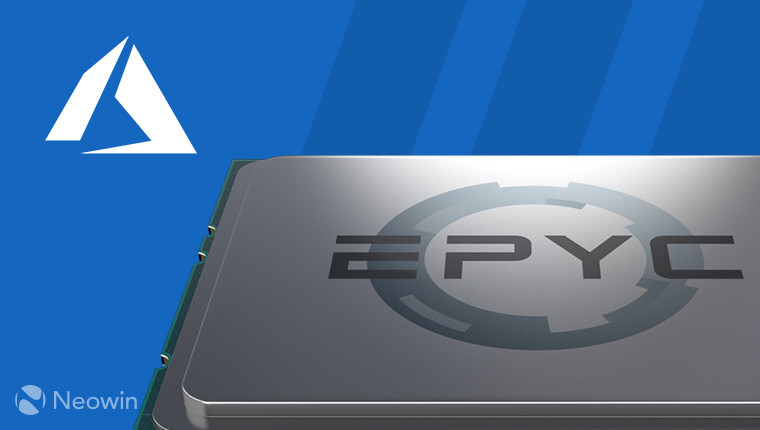 Microsoft has become the first cloud provider to add support for AMD's EPYC line of processors.

AMD launched its consumer Zen-based desktop processors under the Ryzen banner back in March, with August bringing the unveiling of the enthusiast-grade Threadripper CPUs. However, between the aforementioned products, there was one more: the Intel-criticized EPYC server-focused series of processors.

EPYC comes in a few variants, some single-socket, some dual-socket. Microsoft has opted for the EPYC 7551 - not to be confused with its single-socket equivalent, the 7551P -, which offers 32 cores and 64 threads, support for 8-channel DDR4-2666 RAM, 128PCIe lanes, a base clock of 2.0GHz (with a max single-core turbo of 3.0GHz) and a TDP of 180W. A slight oddity about this is that the product sheet specifically states that EPYC 7551 has a base frequency of 2.0GHz, while the press release pegs it at 2.2GHz. It's possible this may be a slightly overclocked variant that the Redmond giant is using.

It's important to note that Microsoft has a number of Azure virtual machine 'series', optimized for different compute scenarios. EPYC has been added to a new variant of its L-series storage-optimized VMs. In Microsoft's words:

Joining it is the Lv2-series, which is exclusively for AMD EPYC-powered storage needs. The lineup is:

According to AMD, EPYC provides "over 33 percent more connectivity than available two-socket solutions", with the Lv2-series VMs it powers supporting at max "direct access to 4TB of memory", Azure premium disks, and "accelerated networking capabilities".

Regarding the unveiling of this new lineup of virtual machines, Corey Sanders, director of compute at Azure, said:

"We're welcoming AMD's new EPYC processor to Microsoft Azure with the next generation of our L-Series Virtual Machines. The new Lv2-Series are High I/O, dense storage offerings which make EPYC perfect for Azure customers1 [sic] demanding workloads. We've enjoyed a deep collaboration with AMD on our next generation open source cloud hardware design called Microsoft's Project Olympus. We think Project Olympus will be the basis for future innovation between Microsoft and AMD, and we look forward to adding more instance types in the future benefiting from the core density, memory bandwidth and I/O capabilities of AMD EPYC processors."

There is no word currently on pricing or general availability.