Windows 10's built-in music player, Groove Music, will be getting an interesting feature in an upcoming update. This will let the app create an overlay window to stay on top of other running windows. Microsoft is calling the feature 'Mini view'. 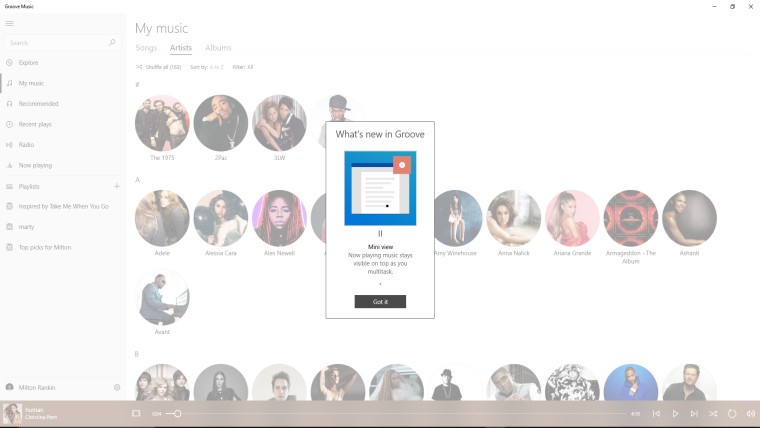 Windows 10's new Compact Overlay feature lets developers create a floating window without needing to open the app itself. It's similar to iOS' Picture-in-picture mode but unlike PiP, it's not limited to only videos.

Some Windows Insiders have received the new update and released a couple of screenshots. The update was then pulled from the Windows Store and is currently unavailable. It's worth mentioning that Microsoft has temporarily halted updates to stock apps in the Insider builds. 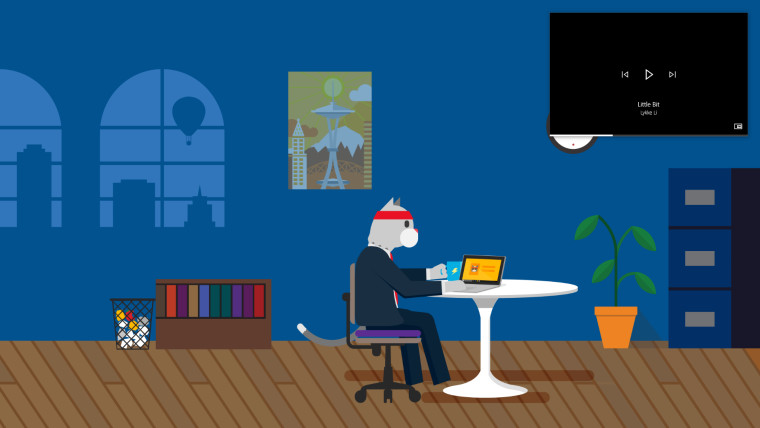 According to the leaked images, the initial version will feature a mini-view that will show track information and playback controls. Windows 7 and Vista users will find many similarities between the new Mini view and the Windows Media Player widget. It's uncertain whether any new features will be added in the future.

Microsoft is currently testing the feature internally. The details of when the update will be available for general release are still unknown.