Windows Azure has been in the news a lot lately, especially when Microsoft claimed its cloud services division now has annual revenues of $1 billion. Today, the company announced the release of the 2.0 SDK update for its Windows Azure .NET services that brings with it a number of new features. 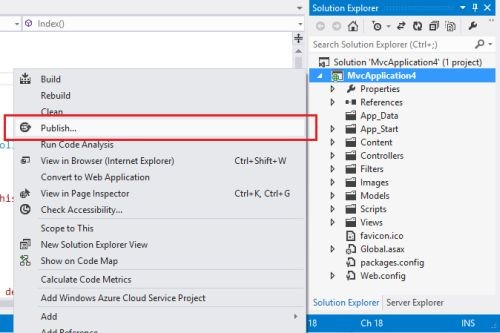 In the latest blog post from Microsoft VP Scott Guthrie, he talks about what's been put into the 2.0 SDK update. One of the chief improvements lets users publish Windows Azure Web Sites by just right-clicking on any ASP.NET Web Project inside Visual Studio.

The new SDK offers new ways to manage Windows Azure Web Sites from a list that can be seen in the Visual Studio Server Explorer. The new explorer UI allows website operators to access functions such as Starting or Stopping sites by right-clicking one of them. A site's application logs can also now be streamed directly in Visual Studio with this new SDK update.

As far as cloud services, the new SDK adds a way to do what is called a "simultaneous update". This feature quickly launches an upgrade for a cloud service that bypasses the normal route. It also adds some new improvements for diagnostics on cloud servers. In addition, there's a new version of the Windows Azure PowerShell that adds a number of new automated commands that can be used for websites, cloud services and more.