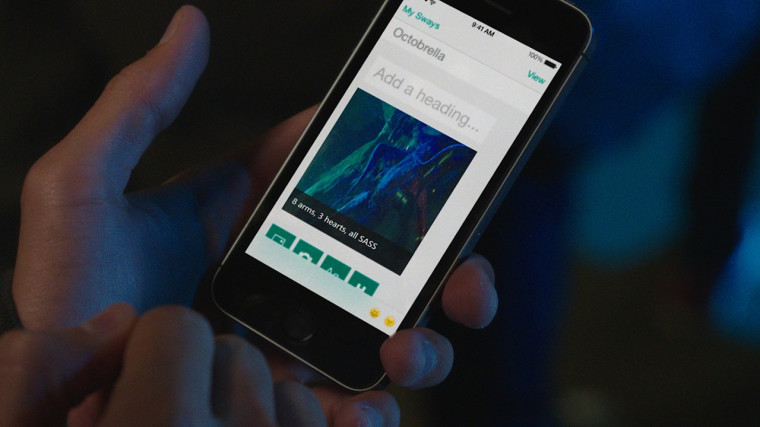 Microsoft has been working on a new app for its Office suite, called Sway. It is basically a modern presentation tool developed with cloud and mobility in mind that lets you create and share interactive canvases by pulling data from Bing services without the need for you to leave the app.

Back in October 2014, when a preview version of Sway for the web was offered via invitations, more than 175,000 people requested to test it. Microsoft noticed the demand, and decided to eliminate the invite requirement, making the web version available to everyone who wanted to play with it. One month later, the company offered an iPhone app in New Zealand, as a test run before releasing an updated version in Australia.

Just recently the company has announced that it is opening the doors for people to test Sway for iPhone in 48 more countries, including Canada, Hong Kong, India, Ireland, Nigeria, Pakistan, Singapore, South Africa, United Kingdom, and the United States.

Sway is still in an early stage of development at this point, but has the potential to become a serious competitor to Microsoft’s traditional PowerPoint app. Times have changed, and users need to easily transition their work from one device to another, and have access to information directly within the app for a better workflow.