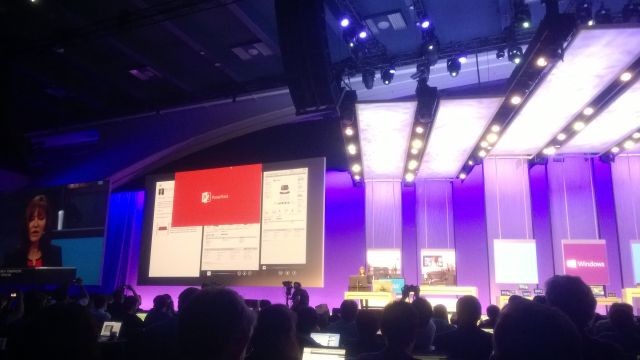 If you are wondering if the launch of Windows 8.1 will also result in the release of Modern-style apps for Microsoft's popular Office software programs, you may have to wait a while longer. A new report now claims such apps won't be released until sometime in 2014.

ZDNet states that the Office apps, which have the code name "Gemini," were always planned for a 2014 release. However, previous rumors indicated that Modern UI apps for Word, PowerPoint and Excel might be launched as early as this October. It would appear that either those rumors were incorrect or Microsoft might have been over optimistic in its last time table.

At the moment, the only two Office apps that have Modern UI counterparts are the OneNote and Lync programs. During Microsoft's BUILD 2013 keynote address today, Windows leader Julie Larson-Green very briefly showed off what she called "a preview of an alpha" of a Modern style PowerPoint program, but aside from showing a few slide transitions she gave no other information about its features.