Earlier this weekend, a person who goes by the handle 'ChinaMan28' on Reddit posted up screenshots of what looked like an early build of Windows Phone 8.1, showing a number of new features like a notification center. 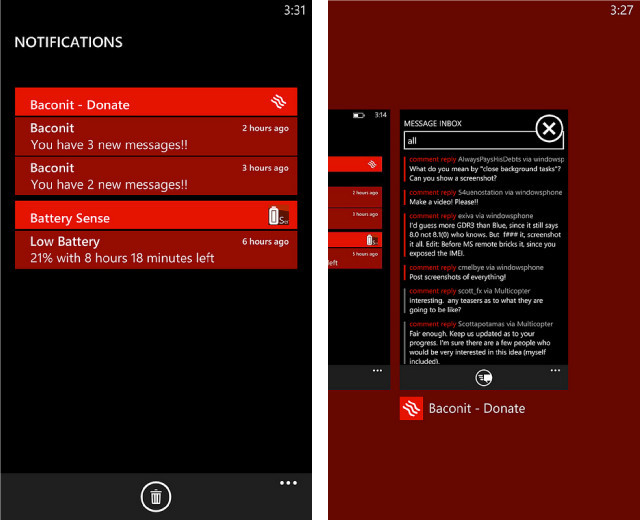 The Reddit poster claims he got access to the OS when he bought a Nokia Lumia 920 from an unknown party on eBay. We still don't know if the person who put the phone up for bids was an employee of Microsoft or Nokia or someone who managed to find, or perhaps steal, the device.

Either way, it looks like Microsoft wants the phone back but doesn't look to punish the person who revealed what was inside. In a new Reddit post, 'ChinaMan28' states:

Phone is going bye bye, got my phone calls and take down requests (I would much rather avoid legal matters of this nature). But atleast (sic) they are rembursing (sic) me for what I paid and a new phone.. w00t!!!

It definitely looks like 'ChinaMan28' got much more than he bargained for when he made his innocent eBay bid, but on his side of things it looks like things worked out in the end. The big question: Who was the eBay seller of this Windows Phone 8.1 smartphone and will Microsoft be going after this person to plug a rather large software leak?