It was almost a year ago that Microsoft released Paint 3D as part of its focus on 3D content in the Windows 10 Creators Update. While the app received an update last month which brought refinements to the magic select tool and the addition of line and curve tools, the 3D-capture app for mobile devices has remained elusive. Now, Microsoft has updated its Remix 3D website with some new features that might make life a little easier for budding 3D designers.

First up is a new function called "Remixes" which allows people to quickly find derivative works that have been based off a selected 3D project. The capability exists as a new tab under the 3D viewer with the option to look through the gallery of projects or get started on making a remix of their own in the Paint 3D app. 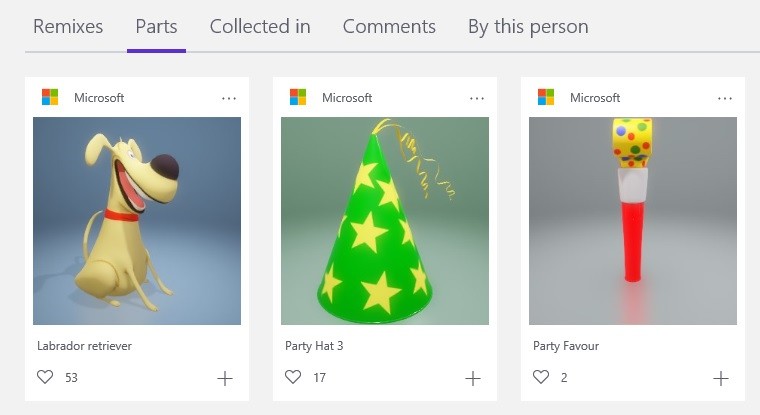 The other main function is called "Parts" which, as the name may suggest, allows you to see the individual objects that comprise a 3D project. This can save designers time if they are looking to import specific objects without having to go to the effort of pulling apart complete projects just for the one or two components required.

While these new capabilities may have some content creators concerned as far as receiving proper attribution for their original masterpieces is concerned, Remix 3D retains this information for each part and remix that is downloaded and published to the website. However, with many creations ranging from the iconic Campbell's soup can to Pokemon having already been shared online, it seems that there isn't a shortage of people keen to take part in the community.