Microsoft launched the Windows Phone 8.1 Developer Preview earlier today but that's not the only thing the company is doing to help app developers get up to speed on their latest mobile OS. Microsoft has also released a reference app designed to help developers make software that can properly use the new Cortana voice command digital assistant. 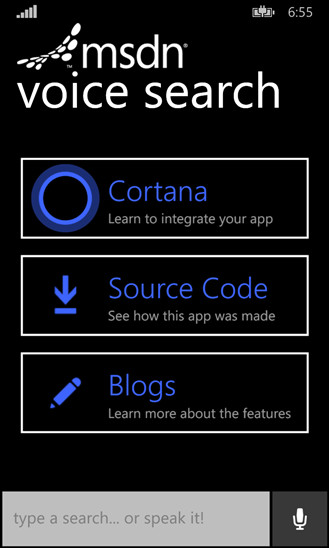 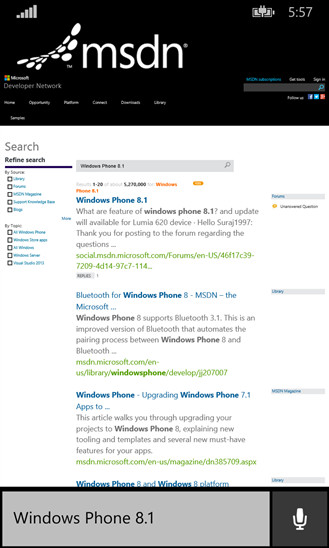 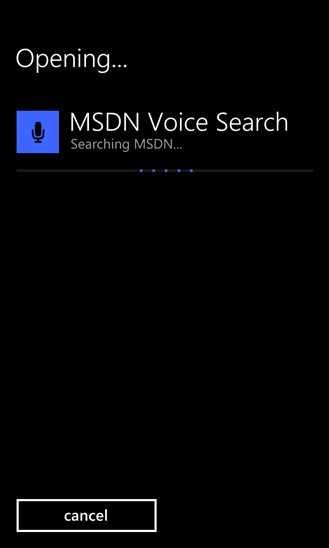 As revealed on the Windows Phone blog, Microsoft has released the free MSDN Voice App in the Windows Phone Store. The app itself is designed to search through the huge MSDN website which is full of information about Windows-based software development. However, what makes the app special for app creators is that it also gives an example of how Cortana will work in a Windows Phone 8.1 environment.

The blog states, "Once you have the app installed, ask ‘MSDN, what are universal Windows apps?’ while in Cortana and she’ll launch the MSDN Voice Search app and help you find an answer."  While it's not the sexiest of features, it was made to give app developers ideas to help them integrate Cortana into their own apps. Indeed, Microsoft says the MSDN team will release the source code for the Voice Search app very soon.