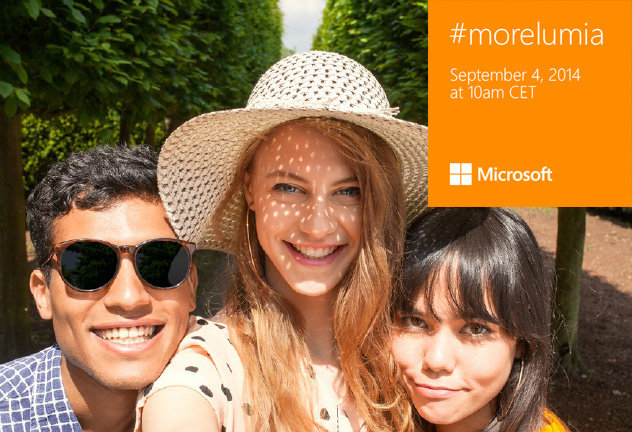 We’re just a couple of days away from Microsoft’s press conference in Berlin where new Windows Phones will be unveiled - and it looks like the company is teasing us with a taste of what’s to come.

At the IFA trade show in Berlin, Microsoft is expected to unveil a number of new devices including the so called “selfie phone”, aka the Lumia 730. This is rumoured to be a mid-range device, destined to be an affordable handset, with some extra appeal thanks to its 5-megapixel front-facing camera, perfect for the selfie enthusiast.

Reminding us of the event, Microsoft posted a selfie on the Nokia Conversations blog, an obvious teaser of the phone’s capabilities.

What’s interesting is that we’ve already seen the Lumia 730, and the Lumia 735 variant, both of which have been leaked in the last few days. The Lumia 830 is another device expected to be unveiled at IFA, a mid-range handset focused on photography thanks to its rumoured 20-megapixel PureView camera.