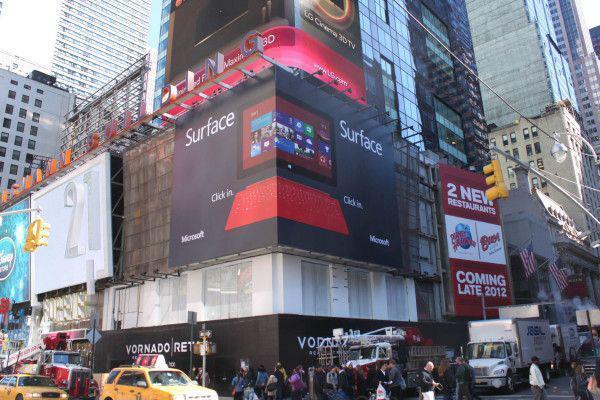 Microsoft already has a huge banner in New York City's Times Square promoting the Surface tablet that will go on sale on Friday. But that's apparently nothing compared to what the company has planned for Manhattan residents and visitors starting on Thursday.

The Blogging Microsoft website has word that from Thursday to Saturday, Microsoft will basically be taking over the Times Square area to promote the Surface and Windows 8.  The blog says:

Windows 8 will be featured on over 39 digital boards in the largest takeover of Times Square to date—the biggest Start Screen ever! And we will be hosting a hands-on experience on the ground in Times Square and at our Microsoft Stores in the North America for consumers to touch and try the new Windows —and maybe even see yourself up on the boards in Times Square.

It sounds like it will be quite a show. Neowin will be in NYC later this week to report on all of the festivities and you can bet we will be checking out the huge Windows 8 Start screen that will be shown to the tens of thousands of people who walk through Times Square.