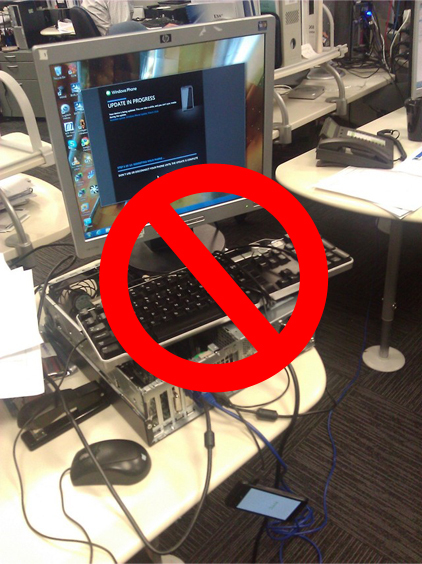 Just over a week ago, Neowin reported that you could get your NoDo update early by using a homebrew alternative. We tested it too and to our surprise it worked.

However today Microsoft has warned against using homebrew software in order to get the update early when they said on their blog ‘but my strong advice is: wait. If you attempt one of these workarounds, we can’t say for sure what might happen to your phone because we haven’t fully tested these homebrew techniques. You might not be getting the important device-specific software we would typically deliver in the official update. Or your phone might get misconfigured and not receive future updates.’

Microsoft quite clearly doesn’t want to be putting peoples phones at risk, they state in their post that they haven’t tested out the homebrew update and by going ahead and using it you might not get important device-specific software that usually comes with the official updates. They even go on to say that getting the update early would also void your phone warranty.

On Monday Chris Walsh, the developer behind ChevronWP7 removed the update from his website. He claimed it was because of hosting issues however one could speculate that it was because of pressure from Microsoft to remove it. Whatever the real reason was, it was a little too late for Walsh as the update later was available through numerous mirrors.