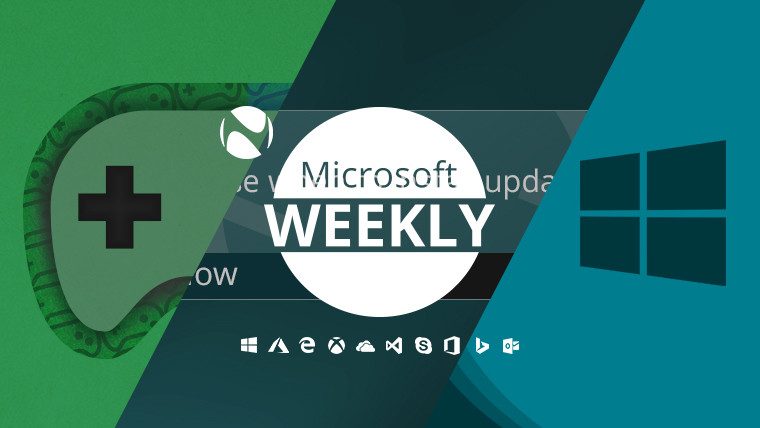 It should come as no surprise that much like in previous weeks, the Redmond software giant’s campus was busy churning out news of all kinds these past seven days. From the heavier emphasis on gaming, to the hefty chunk of updates and indeed some Insider goodies, here is your Microsoft digest for the week of February 24-March 2.

Gaming's at the fore

The ever present and always growing backlogs were squeaking under pressure from a bunch of discounted games, future titles, and upcoming features. 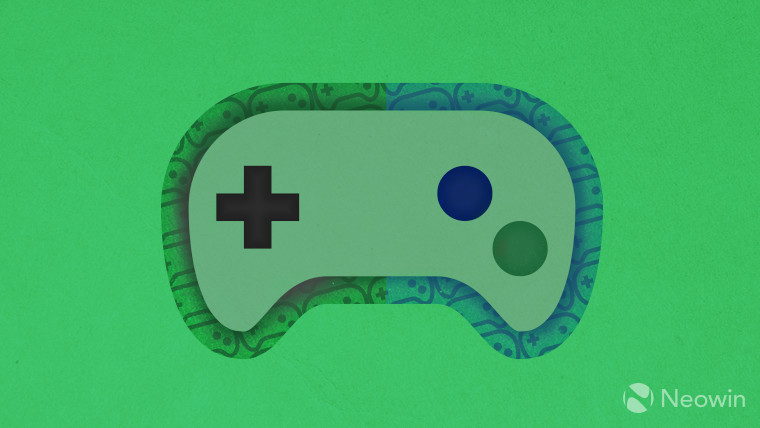 Redstone 4 changes coming to Xbox One were finally revealed, with version 1804 confirmed to bring 1440p support, new audio controls, controller sharing and improved stream switching on Mixer, a better Edge UI, invitation request filtering for Clubs, and Tournament availability in Game Hubs. Furthermore, Xbox Live Gold users will be able to find their Games with Gold much easier, courtesy of a new dedicated tab. Alpha ring Insiders can grab build 17105 at their own risk, since it is complete with a few issues of its own. On the bright side, it also fixes some things, and there are known workarounds for the aforementioned issues.

But those need not be your focus if you don’t want them to be. Instead, Deals with Gold has a pretty compelling lineup of discounts for the Xbox One and 360. Among others, Blood Bowl 2 for example is a quarter of its full price on the One, and Sniper Ghost Warrior 2 enjoys and even higher 85% reduction in price for those on the 360.

A little split is the offering via Games with Gold as well, netting you a free copy of Trials of the Blood Dragon until March 30, if you’re on Xbox One. People still using its venerable predecessor can grab Brave: The Video Game, which is free until March 15.

Free is also your choice to subscribe to the Xbox Game Pass or not. However, this month’s lineup is quite good, seeing as for $9.99 you get access to Rise of the Tomb Raider, Super Lucky’s Tale – which recently got its first DLC -, Resident Evil Revelations 2, Oxenfree, Sonic CD, The Final Station, and Dovetail’s Euro Fishing on March 1. Probably the most high profile release also included is Sea of Thieves, which you can enjoy starting March 20. Rare’s maritime burglary simulator can also be had as part of an Xbox One S bundle.

That said, if silly pirate adventures don’t quite float your boat, there’s a modern interpretation of Age of Empires to give a go, or a shiny new Combat Tech variant of the Xbox controller to grab.

Not to worry, the beefy Xbox One X got some attention too. If you managed to grab a hold of it, but have some older games you’d like to play, good news: Crackdown, Fable Anniversary, Forza Horizon, and The Witcher 2: Assassins of Kings will be enhanced to take advantage of the hardware. Luckily however, CSI won’t be doing the enhancing.

What else has happened this week? Why, updates happened.

The lifeblood of any ‘as-a-service’ model is the constant stream of updates. Though more akin to a creek than a stream, this week’s influx of changes was still noteworthy. 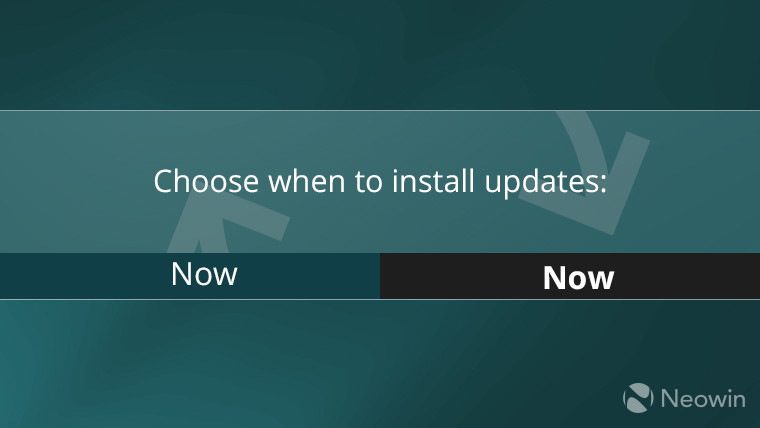 Office 365’s February update brought improvements to the Editor pane, the Resume Assistant, a StaffHub Now tab for workday insights, the ability to enforce naming conventions across Office 365 groups, and network diagrams in Visio Online. As part of the same wave, Microsoft Teams finally added guest access, whereby users can be added regardless of the email address provider they have.

Those who don’t have an Office 365 subscription and wish to use Teams may just be able to do so at some point in the near future. Microsoft is apparently thinking of adopting a freemium model for its “chat-based workspace”, which would mean dropping the subscription as a prerequisite.

But far be it for Microsoft to think at only a macro level, as evidenced by its Quantum Development Kit, which this week was updated with support for macOS and Linux. Sticking with things of reduced size, Intel’s Meltdown and Spectre-mitigating microcode for sixth-gen Skylake processors finally made its way into Microsoft’s Update Catalog.

Finally, for people with a Surface Laptop, a firmware update showed up and apparently improved reliability. Or was it battery stability? Not even Microsoft is all too sure about that.

Inside Windows some more

What Microsoft is sure about is its Windows Insider program, a new build from which rather unexpectedly dropped on a Tuesday. 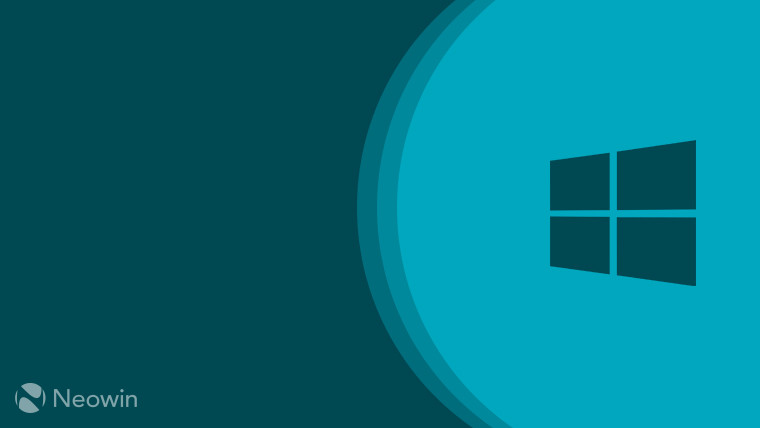 Bumping up the build number to 17110, the latest iteration is part of the Fast ring and contains an array of features geared towards enterprise users. There’s the ability to run custom actions during the feature update install sequence, as well as the deployment of post rollback scripts in system context. The latter was implemented following feedback from enterprises stating that most of their users do not have admin privileges, and thus cannot run scripts in admin context.

Enterprise users taking advantage of the Docker Hub will also be able to acquire matching Windows container images for Server Core and Nano Server with the advent of build 17110. As you’ve guessed however, the build has its fair share of fixes and known issues.

Business users who are interested in deploying IoT solutions got some good news this week, with the announcement of an upcoming extension of the support cycle for the Long-Term Servicing Channel, and the addition of NXP chip support. These particular changes may affect a smaller portion of the Windows install base, but the following do not.

Currently, apps with a Graphical User Interface (GUI) can be published to the Store, but those with a Command Line Interface (CLI) cannot. This will change with the soon to be released version 1803, which will give Console UWP apps the green light for Store entry, and give all Universal Windows Apps broader access to the file system.

We end on a rather strange note with Microsoft’s ever more complicated approach of support for its mobile devices. 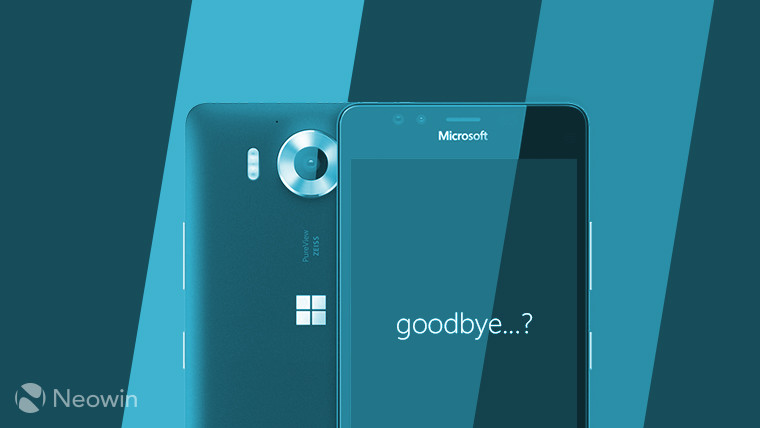 How long these will be available to purchase is really anyone’s guess, as the Windows Mobile strategy seems to be as blurry as the Fluent Design app borders.