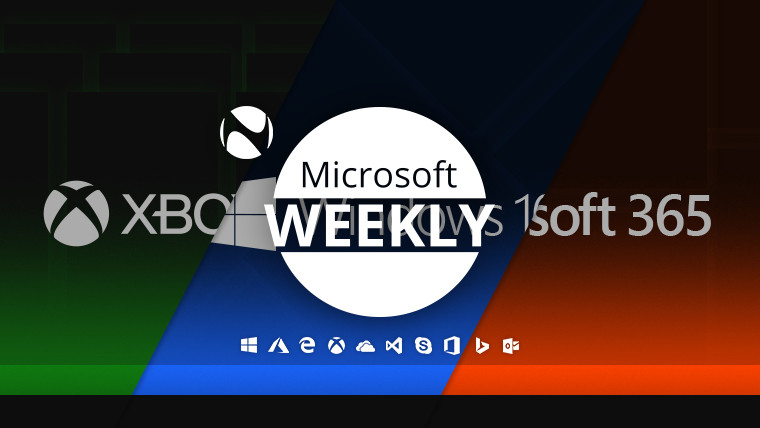 These latest seven days have surfaced news regarding Windows updates, productivity enhancements to Microsoft products, and even a deadline for the EU’s approval for the ZeniMax acquisition. You can find info about that, as well as much more below, in your Microsoft digest for the week of January 31 – February 6. 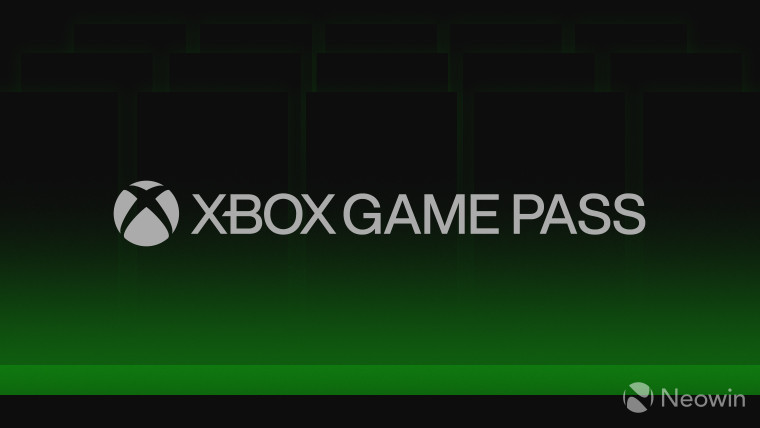 If for some reason you’re one of the few out there that doesn’t have a massive backlog of games to go through, you may be interested in the new Game Pass arrivals.

In terms of already available titles, there’s Ghost of a Tale and Prison Architect on PC, plus Project Winter and The Falconeer available across Android, Xbox, and PC. As for the rest of this first half of February, Final Fantasy XII The Zodiac Age, Stealth Inc. 2: A Game of Clones, and more are coming to the subscription, with What Remains of Edith Finch and Monster Sanctuary being among the latest in the catalog to support Xbox Touch Controls for xCloud.

If subscriptions aren’t quite your thing, there’s always the respectable array of Deals with Gold, which include 33% off Assassin’s Creed Valhalla, 67% off Code Vein, and 70% off Kingdom Come Deliverance, to name but a few.

And speaking of few, we are only a few days from the deadline when the EU is set to provide a decision on Microsoft’s ZeniMax acquisition.

As a refresher, back in September of last year, a day before Xbox Series pre-orders opened, Microsoft casually let folks know that it has entered into an agreement to acquire Bethesda, id, Arkane and others’ parent company, ZeniMax Media, for a cool $7.5 billion.

According to filings, the Redmond giant submitted the request for approval on January 29, with the European Union set to decide whether it’ll approve this or not by March 5. 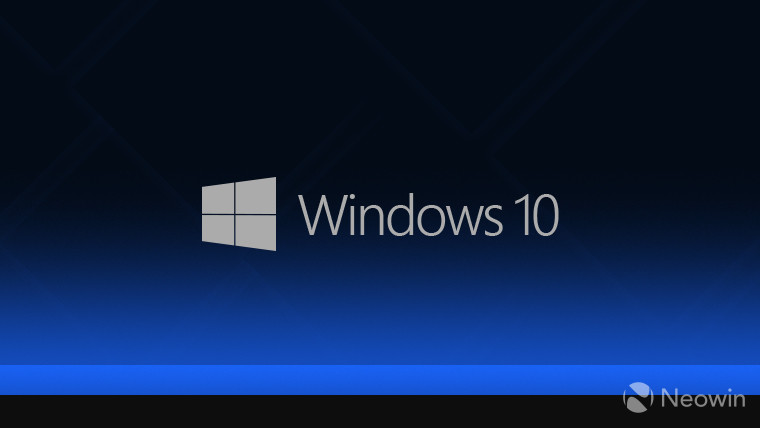 Earlier this week, Microsoft changed its release information page for Windows 10 to denote that the May 2020 Update (or version 2004) is now designated for broad deployment. This is in light of the fact that the version previous to that, 1909, is set to no longer be supported for consumers come May 11. Enterprise and Education SKUs of 1909 will however still be supported until May of next year.

What’s slightly odd is that 21H1, the version next in line, hasn’t so much as been confirmed by the company. This most likely hints at the fact that it’ll be an enablement package, like 20H2 and 2004. What’s even more curious is that 20H2, which has no additional bugs compared to 2004, hasn’t yet been designated for broad deployment.

In additional 2004 and 20H2 news, Microsoft has pushed out a preview update just ahead of Patch Tuesday. Bumping the build up to 19041.789 and 19042.789 for 2004 and 20H2 respectively, it contains fixes for Exchange account issues on certain Surface Hub devices, as well as additional Windows Update and profile improvements.

The company has also released build 21301.1010 in the Dev channel. What this cumulative update adds is a known issue – present in the original release too -, which causes folks trying to upgrade to this build to get an IRQL_NOT_LESS_OR_EQUAL bugcheck. A fix for this is set to be included in an upcoming release.

We end the section with a bit of configuration news, as the Redmond giant announced Windows 10 in cloud configuration. Including the base OS, Teams, OneDrive for Business, Intune, and Azure AD and some other Office apps, this is a way to turn a PC into a “streamlined, easy-to-manage cloud endpoint”. All these features and settings are however also available under the Microsoft 365 service umbrella.

Finally, something that’s entirely separate from all that is the rebooted PowerToys suite, which is now up to version 0.31.1. It has a bunch of fixes for FancyZones (including a dark mode), PowerToys Run, File Explorer integration, and much more. 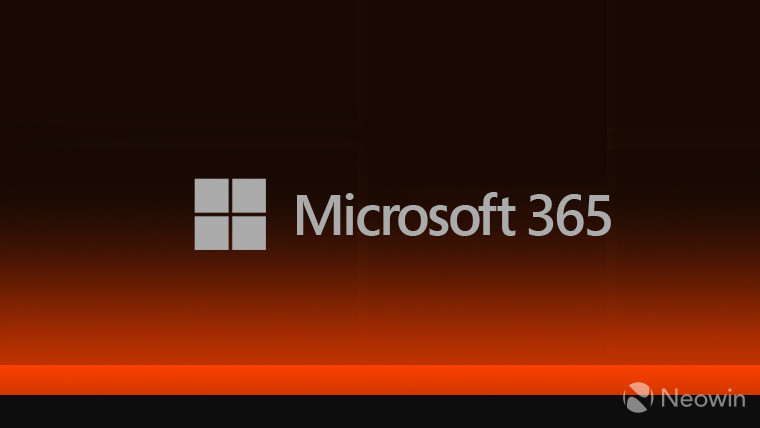 One of the things Microsoft focuses on, perhaps unsurprisingly due to its sizeable enterprise customer base, is productivity.

Within this category are this week’s announcements, including new Cortana capabilities within Outlook, natural language search improvements in the Office mobile app, sensitivity labels in Outlook on mobile, a weather forecast in the calendar section, and much more.

Also related is the rebrand of Office Lens to Microsoft Lens, which comes with an expanded set of features like support for Image to Text, Image to Table, Image to Contract, Immersive Reader, and QR Code Scan, to name but a few. This change is rolling out to Android users first, with iOS users getting it in the “coming months”.

And speaking of Android, OneDrive users will be getting support for Samsung Motion Photos and 8K video playback, as well as a new home screen experience. The latter will show up on version 6.21 and above, with the former two features being visible on version 6.23 and above.

Folks using the Google-powered mobile OS will also get an expanded selection of themes within the app, though support for this is currently limited to Insiders running build 16.0.13801.20004.

Last but not least, there’s now an update for Skype which pushes the version up to 8.68 and adds improvements to the reaction picker, as well as background blur support on Android. 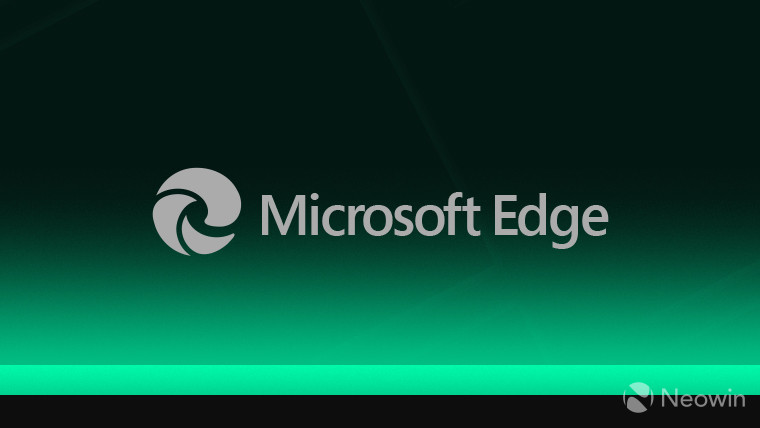 I think it’s prudent to start with something that’s getting removed first, and that’s Edge Legacy. Having first debuted in 2015 – before which it was known as Project Spartan -, the browser has slowly been deprecated in favor of its more recent incarnation, the Chromium-based version of Edge.

As a result of this, Microsoft is set to remove the legacy browser with the April Patch Tuesday update.

Moving on to additions, there are enhancements coming to Collections, including a floating menu instead of the pinned variant that’s currently present, a change which is rolling out to Dev and Canary users right now.

A similar UI change is happening for Downloads, now present in build 90.0.784.0 of the Canary channel, and also visible in the Dev channel build 90.0.782.

Resulting from all of these build changes in the other branches, folks in the Beta channel should be getting build 89.0.774.18. It contains the ability to reset your Edge sync data, blocking of auto-playing video, kiosk mode, and more.