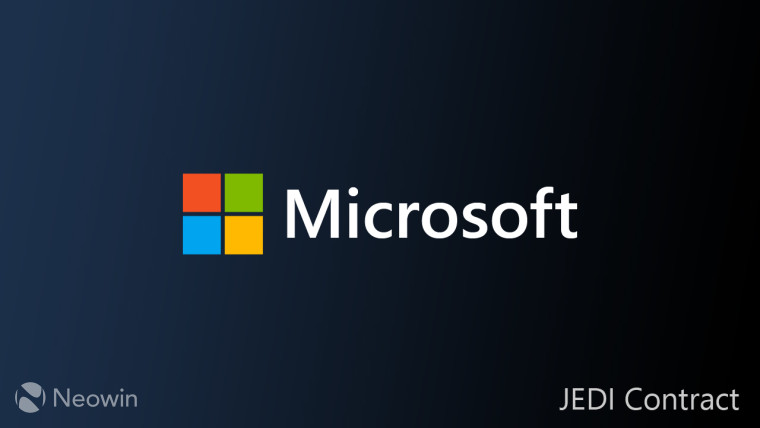 Microsoft won the $10 billion United States Department of Defense’s (DoD) JEDI (Joint Enterprise Defense Infrastructure) contract back in October 2019 after affirming that it was not going to withdraw from the bidding process for the Pentagon’s contract due to protests. However, the contract did not go well with companies like Amazon, which filed a lawsuit in November 2019, challenging the decision to award the contract to Microsoft.

Throughout the bidding process, Amazon was reportedly expected to win the contract. However, the Redmond giant supposedly outbid the eCommerce giant in the final rounds to win the contract. Owing to the lawsuit and questions raised through it, the DoD began re-evaluating the bids and requested both the companies to submit revised bids in March this year. Now, the DoD has released a statement (spotted by ZDNet) that reaffirms that the JEDI contract, as originally planned, will be awarded to Microsoft.

Here is the complete statement:

The Department has completed its comprehensive re-evaluation of the JEDI Cloud proposals and determined that Microsoft's proposal continues to represent the best value to the Government. The JEDI Cloud contract is a firm-fixed-price, indefinite-delivery/indefinite-quantity contract that will make a full range of cloud computing services available to the DoD. While contract performance will not begin immediately due to the Preliminary Injunction Order issued by the Court of Federal Claims on February 13, 2020, DoD is eager to begin delivering this capability to our men and women in uniform.

Amazon’s lawsuit reportedly cited political influence and errors to be the reason for the contract being awarded to Microsoft. However, Microsoft has said that the contract was offered to them because it offered “significantly superior technology at a better price”. The firm also stated that Amazon wanted to re-do the contract because it had “gained significant information about its competitor’s pricing” through the lawsuits.

The Pentagon’s JEDI contract aims to procure cloud technologies from the tech giant to modernize the DoD’s systems and infrastructure. The win for Microsoft also opens more opportunities for the company in the government sector.