Earlier this week, Microsoft released the source code to MS DOS 1.1 and 2.0 and Word for Windows 1.1a. As you might expect, the event has caused some people to go into the code to see what Easter eggs might be found. As it turns out, there were plenty of hidden messages inside the code.

Leon Zandman, a software programmer based in the Netherlands, went through the code for all of the programs Microsoft released this week and posted what he discovered on his Twitter account, Some of what he found are NSFW but a few are pretty funny; he later collected all of what he dug up on a Storify page.

Another Easter egg makes fun of a person who uses another product:

Yet another message has the programming apparently bragging about their own abilities:

Finally, there this bit of code from MS DOS 2.0 that shows one word being used over and over again: 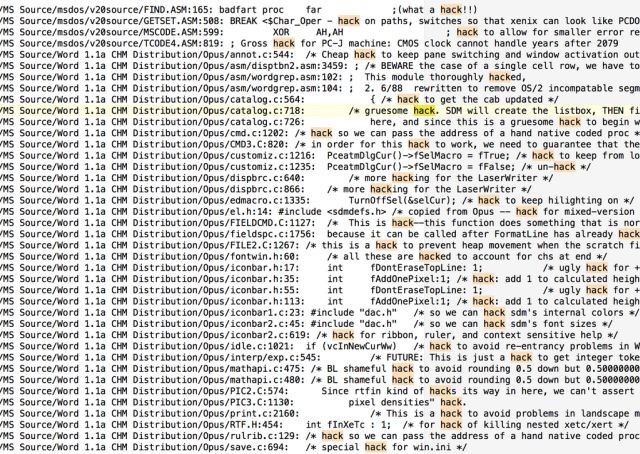