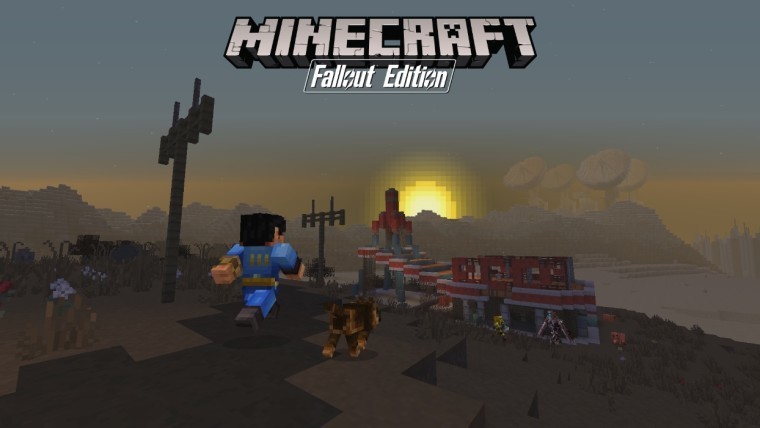 At the end of last year, the Fallout Mash-Up Pack was only available for console versions of Minecraft. However, developer Mojang has just announced that the post-apocalyptic pack will soon be available to play on the Windows 10 and Pocket Edition versions of the game. A small preview of what to expect can be seen in the teaser trailer for the console release of the pack, below:

This is a very interesting combination, as the RPG survival experience offered by Fallout meets the sandbox, block-dominated world of Minecraft.

Many of the characters and visual quirks of the nuclear wasteland game seem to be available, as the pack boasts 44 different skins, and several "mutated" mobs. In addition, it looks like all of the previous Fallout landscapes have been combined into one, so you can hop from Diamond City to elements of the Capitol, for example, something which is not possible in the normal Fallout titles.

As if the latest Fallout game was not already customizable enough, the wasteland is now completely subject to your own imagination and the freedom offered to you by Minecraft's blocky world.

If you want to buy this pack, you will have to do so via the in-game store. It is priced the same as its console equivalent, at $5.99.