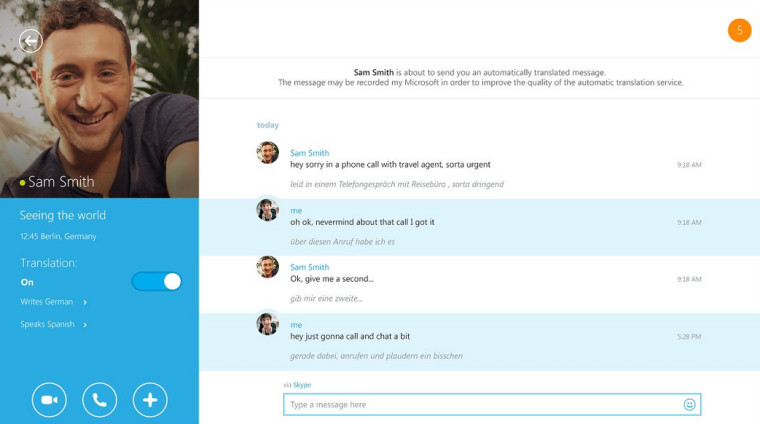 This touch-friendly Skype app was first launched alongside Microsoft’s Windows 8 OS, when the company decided that “Modern” apps were the future and that desktop apps would eventually be abandoned. But it looks like the Windows-maker is backtracking on that idea, and is now heavily favoring the desktop version of Skype.

In fact, the Modern Skype app will be retired come July 7th, with users being “upgraded” to the desktop experience. With Windows 10 on the horizon, Microsoft is looking to unify its offerings and focus on the version that gives users the best experience and which will have the most powerful features.

Of course, Modern Skype was a mess from the very beginning, missing key features of the platform, and creating new issues for devs and users alike. It’s little wonder that Microsoft received a lot of feedback in support of the desktop version of the program, which now is also optimized for touch screens.

What about Windows RT users? For those of you still running that OS version, there's no change. The app will continue to run, though it obviously won’t be updated further, unless there’s some major security issue.

For those of you wondering “what about the Skype integration in Windows 10 that Microsoft previously showed off”, there’s good news and bad news. The good news is that the company is still working on it and the feature is definitely coming. The bad news is that there’s no clear timeline and we’ll have to wait for a preview to be released “later this year”.

It’s an interesting strategy shift for Microsoft, albeit one that everyone could see from a mile away, and we’re curious to see how the company goes forward with this.