As Windows Phone 8 gets ready for its official debut in the US (via AT&T) on Friday, Microsoft has announced that the Windows Phone Store has also been updated with some new features. 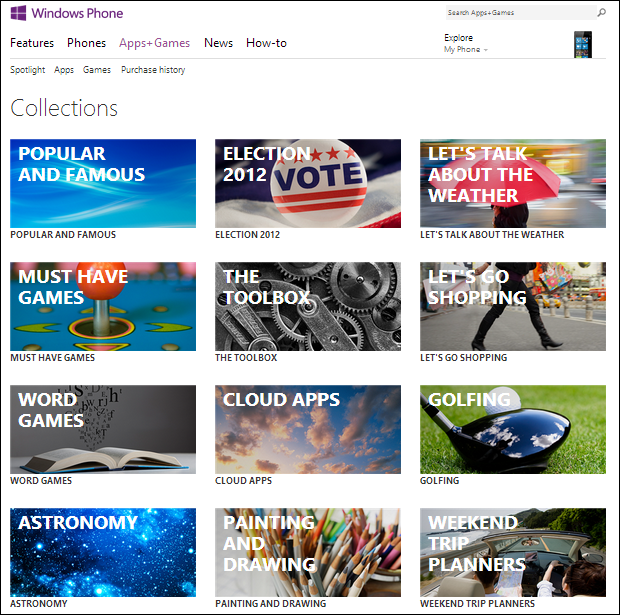 In a post on the official Windows Phone blog, Microsoft's Mazhar Mohammed reveals that the Windows Phone Store now has a feature called Collections. The blog states:

A Collection is group of six or more apps organized around a theme and handpicked by our team of experts (yes, there are some lucky people who get paid to play with apps all day!). When making their picks, these in-house curators take into account everything from quality to local calendars to customs, so the apps you see depend on both when and where you’re browsing. We plan to update Collections regularly so they’re fresh and relevant.

There are currently over 450 Collections that can be seen in 19 different Windows Phone markets, with more in the works.

Another new feature is Picks for You, which uses Microsoft's Bing search to offer recommendations to Windows Phone users for more apps based on what they have downloaded in the past. The post then goes over some other previously announced Windows Store features, including the family friendly Kid's Corner. 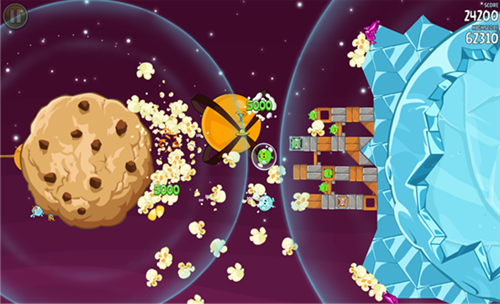 Microsoft also announced that two popular mobile games, Cut The Rope and Angry Birds Space, have now made their official Windows Phone debut in the store. Each game will set you back 99 cents.