Remember Google TV? It's pretty obvious that Google wants everyone to forget this rather massive failure to create an Internet connected operating system for televisions and set-top boxes. In October, rumors that the company was rebranding Google TV to Android TV started showing up. 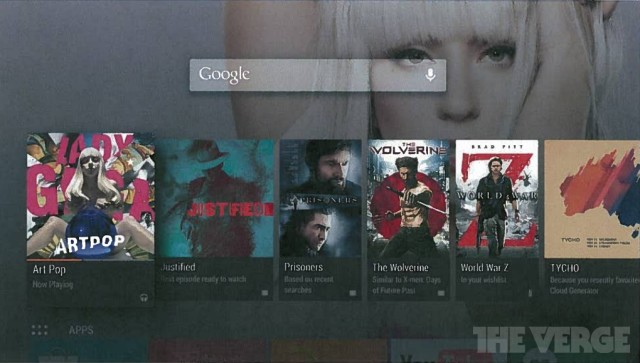 Now The Verge claims it has obtained internal documents that describe just what Google has in mind for Android TV. The story says that while Google TV was trying to turn a TV into a PC or smartphone, the idea behind Android TV is strictly about offering entertainment to the consumer.

The article comes with UI concepts for Android TV, which make it look a bit like the Xbox One's interface. The story says that movies, TV shows, apps and even games will be displayed in the UI, which suggests that Android TV devices will be similar to what Amazon introduced this week with their Fire TV set top box (also based on the Android OS).

The article states that Google is contacting third party app and game developers to port their creations to Android TV. Google is already selling its Chromecast dongle that streams content from a smartphone or tablet to a PC. Today's article says that even though Android TV is in development, Chromecast is not going away.

The big question is whether or not Google will license Android TV to third party hardware companies, as it did with Google TV, or make its own hardware that will run the platform. There's also no word on when Android TV will make its debut.