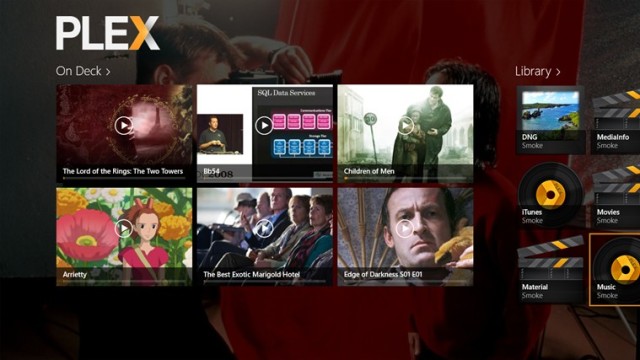 The Windows 8 Plex app remains one of the most popular paid apps in the Windows Store.

The Plex app is going to appear on yet another Microsoft platform, the Xbox One. The news was posted this week by a member of the team who develops the popular media streaming software on the Plex message boards.

The forum post, written by team member Tyson Edwards, stated that Plex has been granted entry in the ID@Xbox program so they can port the app to the Xbox One. This is the first time that a non-game developer has announced that they are participating in this particular service. Microsoft first announced ID@Xbox in August as a way for game developers to self-publish their titles on the console. The first such games under the program are due to be released later this month.

Now it sounds like the ID@Xbox program is being expanded to include non-gaming apps. Microsoft informed the public on how Windows 8 and Windows Phone apps could be ported to the Xbox One earlier this week at the BUILD 2014 conference but stopped short of saying just how those apps would be published and released to Xbox One owners.

The Windows 8 version of the Plex app was first launched in December 2012 and has remained one of the most popular apps for the OS; it has consistently been in the top 10 list of paid apps in the store since it was released.

Update: Endgaget reports that the Xbox One port is technically not an official Plex project and is being handled by Edwards, an independent developer.

Source: Plex forums via The Next Web | Image via Plex