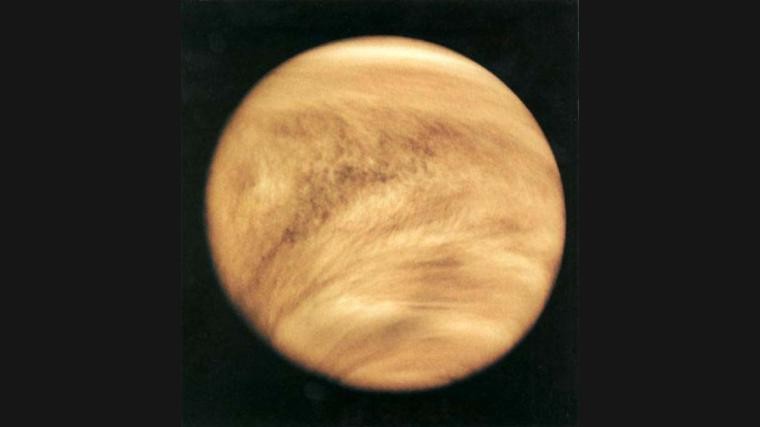 It is much easier for NASA to build probes and vehicles to survive the cold vastness of space. Even the Curiosity rover that went to Mars only had to withstand temperatures between 68 and minus 67 degrees Fahrenheit (or 20 to minus 55 degrees Celsius). Going for a landing on Venus, however, presents a whole different quandary.

Let's get the basics of Venus out of the way first, the most glaring being a surface temperature of more than 850 degrees (462 degrees Celsius). That is enough to combust paper almost immediately. Throw in an atmosphere made up of carbon dioxide, nitrogen, and sulfur dioxide at a density high enough to make today's nuclear subs collapse as if they were cardboard.

“I like to think of Venus as turning your oven at home onto self cleaning mode, but also filling it with Easy Off,” Jason Derleth, head of NASA’s Innovative Advanced Concepts (NIAC) program, told Wired. “That’s still not as toxic as the chemical soup it has as its atmosphere. And it’s still not as hot.”

As for how a robot would survive, there is very little data to go on. The Soviet Vega probes from 1984 were sent to the dark side of Venus and dropped high in the atmosphere where temperatures closely matched Earth. However, hurricane force winds and the acidic atmosphere increased descent speed of the landers, moving them quickly into the light side of Venus. Communication was lost less than an hour later.

NASA's solution is a low-tech rover - dubbed AREE for Automation Rover For Extreme Environments - with minimal electronics that can be fried by intense heat. It would be powered by a wind turbine and move on tank-like treads. “If you simplify the concept quite a bit, it’s sort of like a windup toy or a clock,” said Evan Hilgemann, an engineer with NASA's Jet Propulsion Laboratory tasked with coming up with a workable rover model.

The unit would not have Curiosity's two-way radio, but instead use an optical reflector to transmit its data by flashing radar light similar to Morse code to satellites orbiting Venus. The low-tech method would seriously suffer in terms of transmission speed, coming in at 1,000 bits of data per day, or 1/1,000th of Curiosity's million bits per day.

NASA is willing to sacrifice detail in favor of survivability because so little is known about Venus and any information gathered would be more than it knows now.

While the concept of AREE is intriguing, the rover may never actually see the surface of Venus. Instead it will likely be used as a tool to create a better version when NASA actually decides to move forward. After all, NIAC was designed to think outside the box about technology that might be need anywhere from 10 to 50 years in the future.

“Typically we’d say let’s add more sensors and electronics, but we want to get people thinking about how to use clever mechanisms,” Hilgemann said of NIAC's goals. “We want to change the way people think about doing missions.”

AREE just received funding for another three years of research, which should allow scientists to create a crude prototype of the vehicle.