How many times have you spent hours pouring over code, looking for a bug that you just couldn't find? How many times was the problem caused by an actual insect? We're guessing that answer is never. 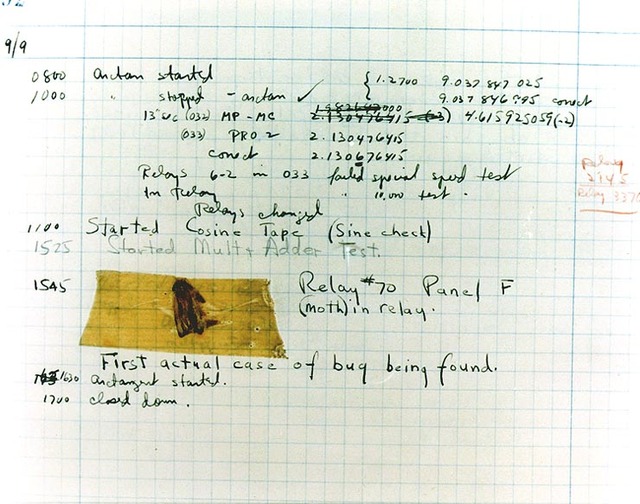 Sixty-seven years ago today, Grace Hopper was credited with discovering the first computer bug. While working on the Harvard Mark II electromechanical computer, the team couldn't figure out why things weren't working properly. After digging into the guts of the machine, they found an actual moth stuck between panel F and relay #70 (you know where that is, right?). The team carefully removed the winged insect and taped it into their log book, and the remains can still be seen at the Smithsonian Institution's National Museum of American History in Washington, D.C..

So everyone pull out your fly swatter and honor Grace Hopper by squashing a bug of your own today!