Hardcore PC hardware enthusiasts love to create desktop mods of all shapes, sizes and designs. But what if you wanted to take parts of a PC to create something completely different? That's what Rob Ryan, a Technologist for the hard drive company Western Digital, recently did with his family members.

As reported by Legit Reviews, Ryan and his family have made a model F1 RC car with the parts of 250 WD hard drives. The project took 400 hours to complete and the final result, as you can see in the image below, is pretty incredible to look at. 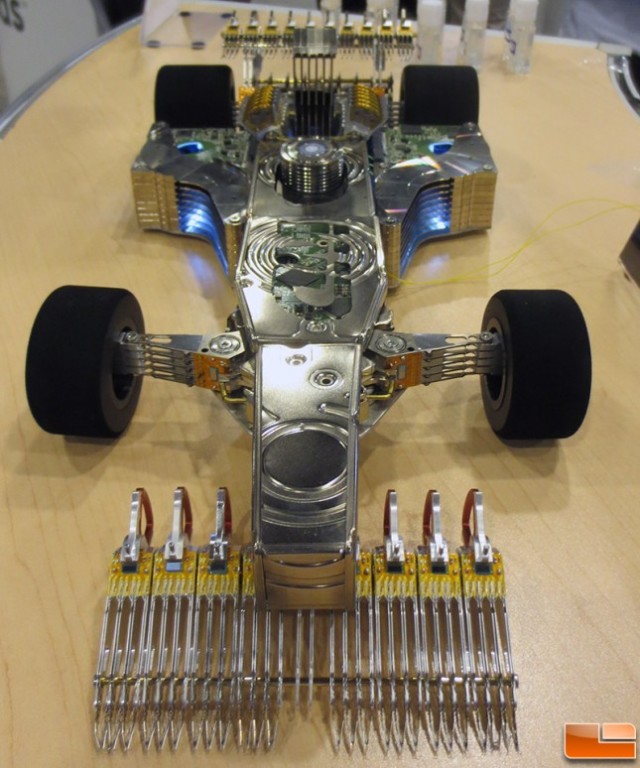 The article goes over some of the ways the hard drives were used in the F1 model, such as the front wing which was assembled using WD Red Actuators. It looks like the car has been designed to destroy the rear end of any unlucky vehicle that's in its path. The car's rear wing is made from WD Velociraptor actuators and held up with Scorpio actuators. The engine was also assembled with Scorpio actuators. The sides of the car were made with anti-disks from WD Red HDDs.

This project was truly unique - and ever so slightly mad - and shows that PC components don't even need to be connected to a computer to be put to amazing and creative uses. Hopefully Ryan and his family will surprise us with another hard drive modeling project in the future.