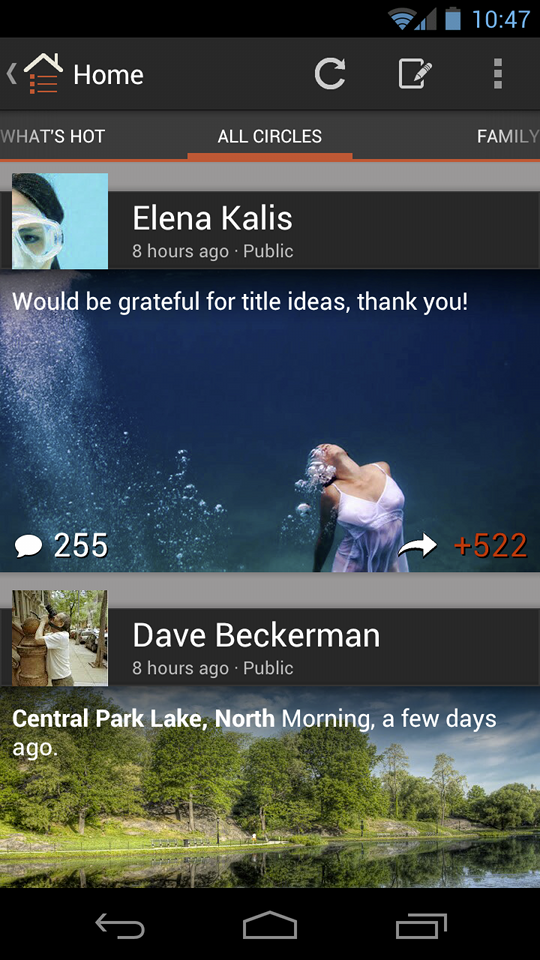 Apparently Google is still committed to making Google+ popular, if their day's news is anything to go by. When you look at the picture above though, you ought to be happy they redesigned it.

The redesign is focused on simplifying the app and delivering some of the most requested features. I'm not going to ask who is requesting these features because that joke writes itself... and the site's activity is increasing. The update also brings the ability to start a G+ Hangout more quickly and easily, from anywhere within the application, as well enhancements to the status update feature to make sharing with your circles feel more rewarding.

Google really are interested in working Google+ into a popular social network. The site started with a bang when it was in closed beta, and beta invites were the hottest thing on the internet for a while. After that came Pinterest, which did the exact same thing but seems to be floundering. The UI designers have my personal thanks though, because Holo is a great thing. All we need are some designers over in Palo Alto to figure that out and make Holo Facebook.

Grab it on the Play Store.