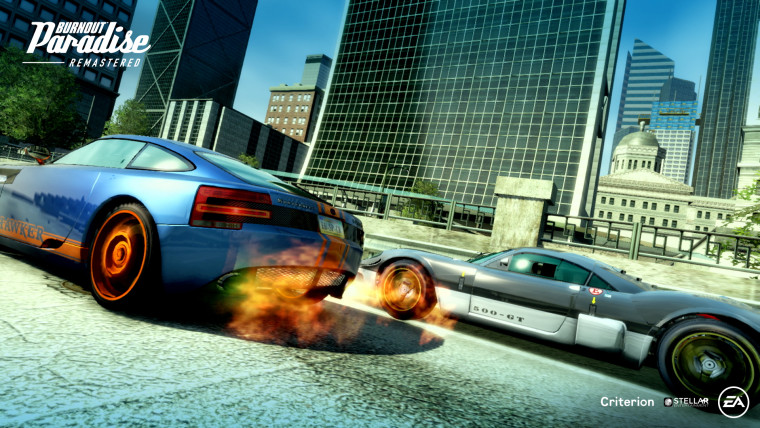 In March of this year, EA announced that a remastered version of the 2008 game Burnout Paradise was coming to the Nintendo Switch. Today through Twitter, Nintendo Of America announced Burnout Paradise Remastered will be released on June 19. Already available on the PC, Xbox One, and PlayStation, this will be the first time the Burnout franchise will be available on the Switch.

Get ready to perform high-octane stunts and tear up the road when Burnout Paradise Remastered races onto #NintendoSwitch on June 19th!

Burnout Paradise Remastered is an open-world racing game set in the fictional Paradise City. As part of the remastered graphics, EA have claimed “60 glorious frames per second, high-resolution textures, and pinch-and-pull map controls.” All eight DLC packs and cars will be included in the remastered version, including The Cops and Robbers pack, Legendary Cars, and Burnout Bikes. In addition to solo gameplay, users can play multiplayer with up to eight other players in races and hundreds of online challenges.

Burnout Paradise Remastered is now ready to pre-purchase and is on sale for $49.99.