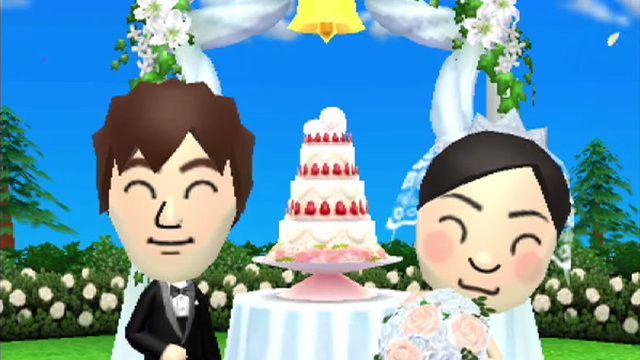 Nintendo issued an apology over its decision to not include same-sex relationships in Tomodachi Life, a multi-player life simulator popular in Japan. Players of the online game personalize their avatars, called Mii's, with which they can visit virtual amusement parks, shop, go on dates and even marry friends. According to Nintendo, relationship options will continue to be restricted to Mii's of opposite sexes.

We apologize for disappointing many people by failing to include same-sex relationships in Tomodachi Life. Unfortunately, it is not possible for us to change this game's design, and such a significant development change can't be accomplished with a post-ship patch.... We pledge that if we create a next installment in the Tomodachi series, we will strive to design a game-play experience from the ground up that is more inclusive, and better represents all players.

Tomodachi Life was released in Japan in April and is set to appear in North American and European markets on June 6. Western fans of the series had hoped Nintendo would update the game to be LGBT-friendly, but Nintendo's statement appears to remove that option from the table. A spokesperson from Nintendo of America said he hoped that "all of our fans will see that Tomodachi Life was intended to be a whimsical and quirky game, and that we were absolutely not trying to provide social commentary."

LGBT advocacy group GLAAD rejected that appeal, noting that dozens of other games allow players to engage in same-sex relationships, including the highly acclaimed Sims series. According to GLAAD spokesperson Wilson Cruz, "In purposefully limiting players' relationship options, Nintendo is not only sending a hurtful message to many of its fans and consumers by excluding them, but also setting itself way behind the times."