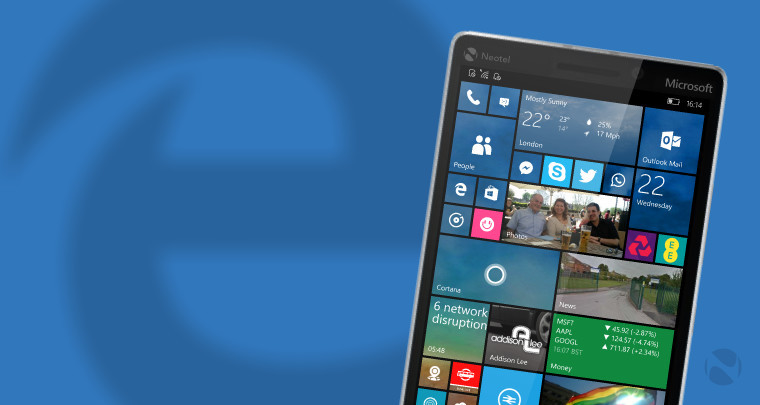 Ever since Microsoft first confirmed that extensions were coming to its in-house Edge browser, Windows phone users have hoped that they would also show up for Windows 10 Mobile. Back in May, the firm's public Windows 10 roadmap said that it would happen, but then it was quickly removed.

But today, those rumors are once again starting up, as Windows France tweeted about it, saying "Did you know that #MicrosoftEdge extensions also exist for #WindowsMobile?"

As you'd probably expect by now, that tweet has since been deleted. If the company were to be working on such a feature, Microsoft would want to announce it more prominently.

Of course, when it comes to accidentally leaked information, social media accounts are generally the least reliable sources. The tweet actually links to an article on MSN France from back in May, which was republished from WindowsGenerations, another French site. Clearly, you should not take this as Microsoft confirming anything.

As for the Windows 10 roadmap, it still doesn't say anything, but the site itself seems to be largely abandoned. It shows a number of features as Recently Available, but only three that are In Development, and exactly nothing that is In Public Preview.

Of course, there are plenty of new features that are currently in previews of the Creators Update, so we've reached out to Microsoft to see if it is still using its public roadmap at all.