Nokia has just officially announced the Lumia 610 at MWC 2012, which they are calling "their most affordable Lumia smartphone yet". It is a fully-fledged but lower-priced Windows Phone that features all of Nokia's exclusive Windows Phone applications such as Nokia Drive, Nokia Maps and a new app which they are calling "Nokia Transport". This new application shows you directions to your nearest station along with timetable information. 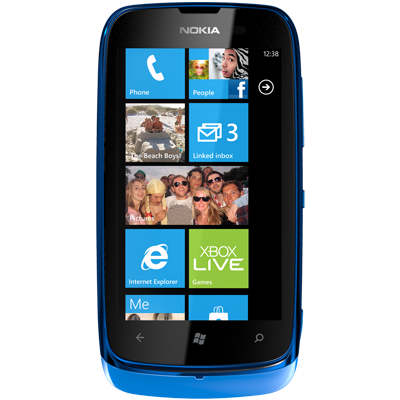 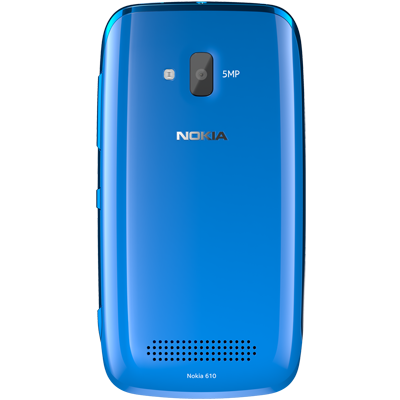 As you might expect from a lower number in the Lumia range, the Lumia 610 really is a low-end device with a 3.7" LCD display at 800 x 480, an 800 MHz single-core Qualcom MSM7X27A processor and just 256 MB of RAM. There is also a 5-megapixel camera on the back, 8 GB of internal storage, quad-band HSPA and a 1,300 mAh battery. The device will also be running an update to Windows Phone 7.5 called "Tango", which helps to bring low-end devices such as this one to China and other emerging markets.

The Lumia 610 will be available in Q2 2012 for an estimated price of 189 euros (around US$250) before carrier subsidies. For more information check out Nokia's new webpage for the Lumia 610.