Microsoft has today confirmed that its Skype app is now available for Windows Phone, as it continues to ensure that its software reaches multiple platforms. Microsoft has made a habit lately of releasing apps for Android and iOS, so Windows Phone users will no doubt be relieved to see their platform get some more app attention from the company.

The software is being released in beta form initially, and is available to download immediately from the Windows Phone Marketplace. The final ‘gold’ version of the app will be released at some point in April, and between now and then, the Skype team want to hear your feedback. 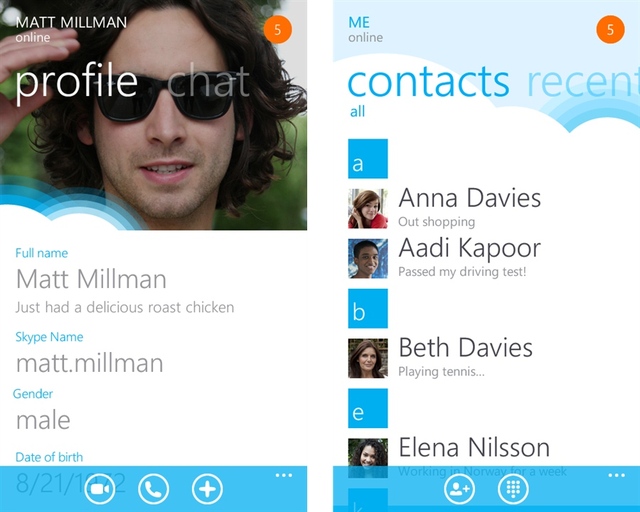 Skype for Windows Phone (Beta) will work both over wi-fi networks and standard 3G and 4G cellular networks. While Microsoft highlighted the fact that the app will only work Windows Phone 7.5, the company’s announcement unusually went further, by including a list of devices that have been “tested and certified...for the best performance of Skype for Windows Phone”; the list includes Nokia’s Lumia 710 and 800, HTC’s Radar and TITAN, and Samsung’s Focus S and Focus Flash handsets.

The beta release will be made available in English only; there’s no news yet on other languages that may be supported once the final app version is released. If you're cool with that, you can download it from the Marketplace now.