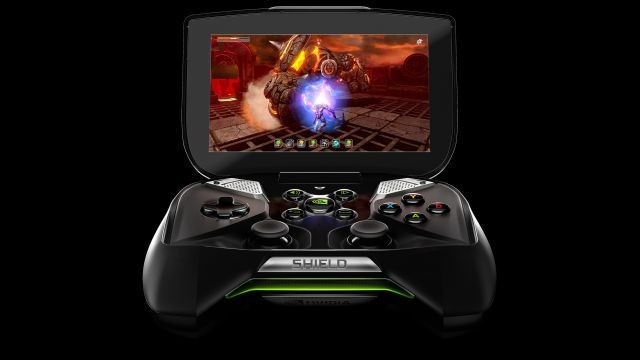 Earlier this week, NVIDIA announced that pre-orders for its Android portable game console SHIELD would start for the general public on Monday, May 20th. Well, the company apparently didn't want people to wait any longer and has now launched pre-orders for the console three days ahead of schedule.

The pre-order page shows that the $349 console will ship around the end of June for people who pay for the SHIELD now. Unfortunately, NVIDIA is only taking orders for the console from the U.S. and Canada. Also, the company is limiting order to four SHIELD units per person. A pre-order page is now also live at the NewEgg.com website.

One cool new addition to the SHIELD pre-order package is that it will come with two free games already pre-loaded on the console: Sega's classic side-scroller Sonic 4 Episode II THD, and Expendable: Rearmed, a top-down arcade shooter from developer Retrobomb. NVIDIA is also selling some accessories for the SHIELD, including a carrying case for $39.99 and two custom lids (carbon fiber and glossy black) for $19.99 each.

Just a reminder: The NVIDIA SHIELD will be one of the first products with the company's new Tegra 4 processor. It can not only play Android games on its 5 inch screen but it can also play PC games on Valve's Steam service via a streaming connection.