Microsoft may have released Office for iPad today but what about all those iPhone devices, along with Android smartphones? While Microsoft CEO Satya Nadella hinted strongly that a full version of Office is in the works for those platforms, the company has announced today that the previously released Office Mobile apps for iPhone and Android smartphones are now free to download and use for home users. 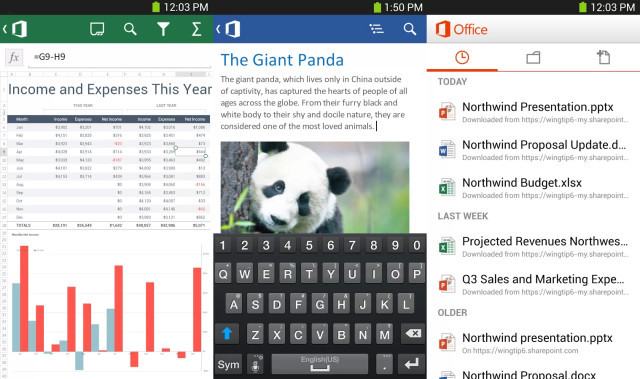 The announcement was made as part of the Office for iPad post on the Microsoft's Office blog. Previously, Office Mobile required a Office 365 subscription, but that has now been eliminated for home use. Office 365 is still required if the apps are used for business purposes; Office Mobile for Windows Phone is already free to download and use.

Aside from the change in pricing, there's been no other major updates in the new versions of Office Mobile for iPhone and Android. There's still no support for Android tablets, and while the apps allow for the creation, editing and reading of Word, Excel, and PowerPoint files, they cannot handle many of the more advanced editing features. However, as we mentioned earlier, it sounds like full versions of Office are coming to those platforms sooner rather than later.