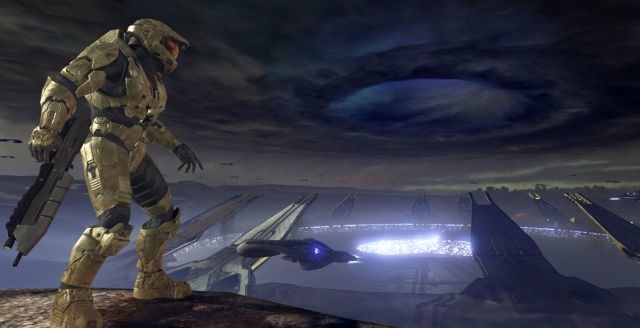 The Halo series of sci-fi first person shooter games helped to boost the sales of Microsoft's Xbox and Xbox 360 consoles. Part of the franchise's success is due to the amazing soundtracks created by Marty O'Donnell, who composed music that included gregorian chants that became the signature sound for the Halo series.

Now Bungie and O'Donnell have parted ways, and it's apparently wasn't a pleasant experience on one side. Today, O'Donnell used his Twitter feed to post the following message:

I'm saddened to say that Bungie's board of directors terminated me without cause on April 11, 2014.

The message was quickly followed up by Bungie in a statement on its website, which seemed far more positive, but also still vague as to the exact circumstances:

For more than a decade, Marty O’Donnell filled our worlds with unforgettable sounds and soundtracks, and left an indelible mark on our fans. Today, as friends, we say goodbye. We know that wherever his journey takes him, he will always have a bright and hopeful future. We wish him luck in all his future endeavors.

O'Donnell composed the soundtracks to two of Bungie's earlier games, Oni and Myth, before working on the first Halo title, which was released in 2001 as an Xbox launch title for Microsoft. The soundtrack was critically acclaimed and O'Donnell continued to create music for all of the other Halo games developed by Bungie. He also helped with sound design and directed the voice talent for the Halo series.

O'Donnell was working on the soundtrack for Bungie's next game, Destiny, which is due for release later this year. In 2012, before Destiny was officially announced, it was revealed that Paul McCartney was working with O'Donnell on the game's soundtrack in some fashion. It's currently unknown how much of O'Donnell's work on Destiny will be put in the final game.

Of course, O'Donnell's departure from Bungie does open up the possibility that he might work with Microsoft on the music for the next original Halo game made for the Xbox One. Halo 4, the first non-Bungie FPS game in the series, was released in 2012 for the Xbox 360 but contained music composed by Neil Davidge. You can bet that many Halo fans would love to hear O'Donnell's work in the next game in the series.

Source: Marty O'Donnell on Twitter and Bungie | Image via Microsoft