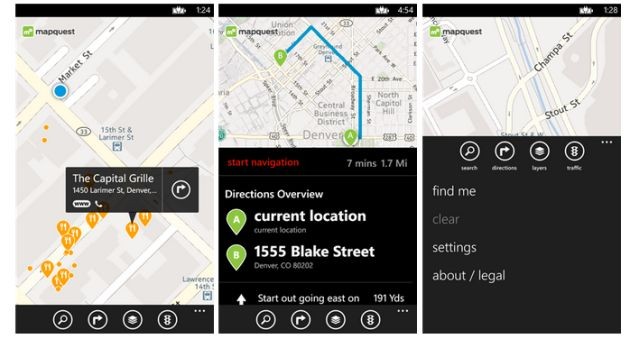 For many long time Internet users, MapQuest is a name that is decidedly old school. Before Google Maps and Bing Maps, the MapQuest web service, which launched in 1995, was the best way to map out locations on the Internet. MapQuest was later acquired by AOL in 2000.

This week, Microsoft announced that an official MapQuest app is now available for Windows Phone 8 devices. The free app can be downloaded now from the Windows Phone Store.

While Nokia Lumia devices have their own Nokia Maps app and Microsoft has the Bing Maps app to download, it's always good to have another well produced map app in the Windows Phone Store. That's especially true since it's highly unlikely that Google will ever release a Google Maps app for Windows Phone devices, even though Microsoft and Google recently announced they would work together on a Windows Phone YouTube app.